I thought I would close out the year with an old favorite. The case and beautiful images are donated from George at MSKCC. The specimen is concentrated stool from a young child. 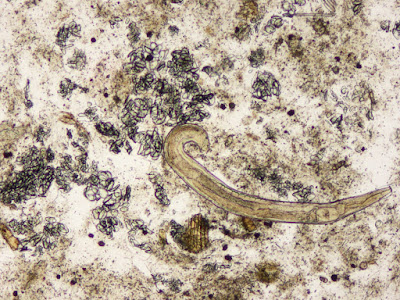 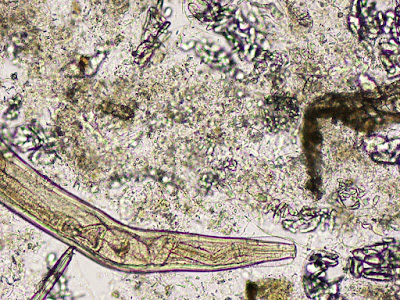 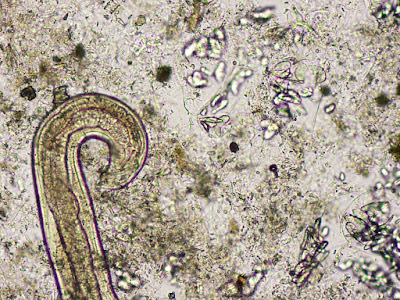 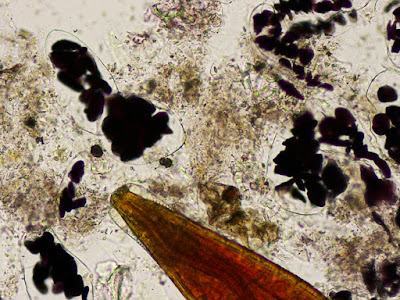 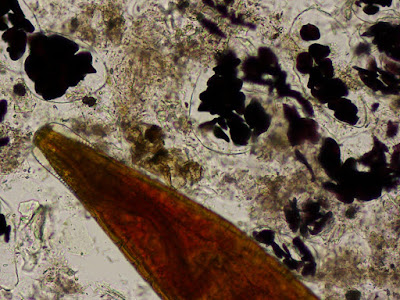 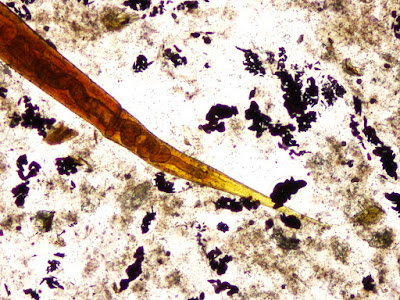 Identification of the 2 worms shown here?

Posted by ParasiteGal at 8:49 AM 3 comments:

The adult worms are easily identified by their prominent lateral alae: 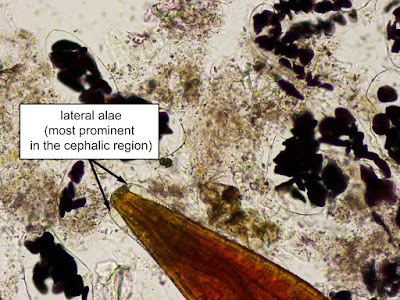 The male and female can be further differentiated by looking at their tails; males have a coiled tail while females have a straight tail. 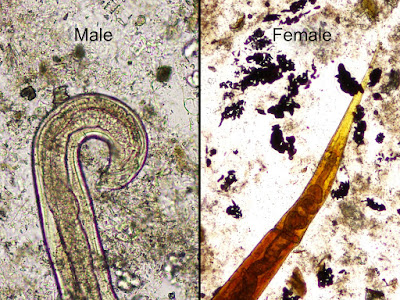 This case is unusual for a couple of reasons; first, we don't typically see adult pinworms in stool specimens (they are more commonly [and ideally] detected using tape preparations), and second, it is even less common to see male pinworms in clinical specimens. The females are more commonly seen because they are the ones that leave their safe residence in the large intestine/cecum to travel nightly to the perianal folds to lay their eggs. The males typically remain behind. The fact that we see both male and female pinworms in stool makes me wonder if this was a particularly heavy infection.

Thank you again to George from MSKCC for donating this interesting case!
Posted by ParasiteGal at 7:32 AM 1 comment:

Happy Holidays to all of my readers! Can anyone tell me who the happy couple is below the mistletoe? 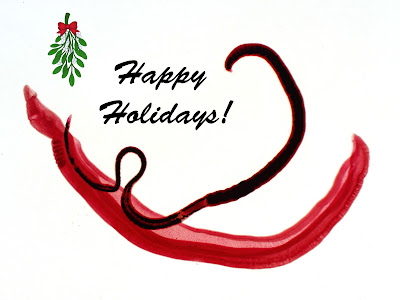 Posted by ParasiteGal at 6:51 PM 4 comments:

The adult female of this trematode is smaller than the male and can generally be found resting in the copulatory groove of the larger male.
Posted by ParasiteGal at 7:54 AM No comments:


A biopsy was also performed which showed the following: 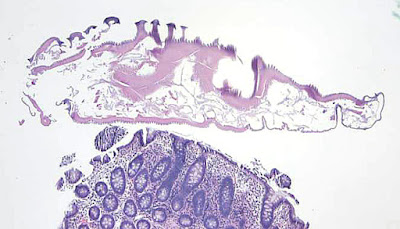 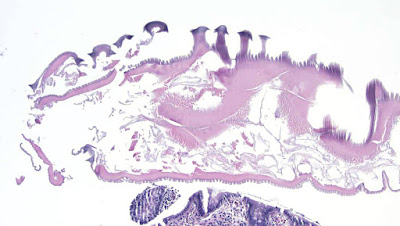 This was a challenging case, since we aren't given the size of the worms, their movement in the video precluded close examination, and the histologic features were somewhat distorted.

While I had initially thought of E. vermicularis, I must admit that, with further evaluation, I had convinced myself that the "anterior end" was embedded into the intestinal mucosa, making me instead suspect Trichuris trichiura (arrow below). 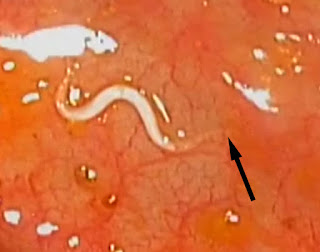 Thankfully, my parasite pals, Blaine Mathison and Dr. Marc Courturier, provided a valuable second opinion. After our discussion, I realized that the end shown above was actually the partially clear posterior that we often see with female pinworms, like in the image below (arrow): 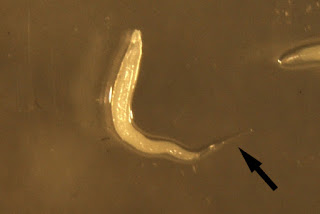 Blaine also pointed out that the tall musculature seen with T. trichiura was lacking in the biopsy specimen, thus ruling out that diagnosis. Also, he noted that he has occasionally seen the lateral alae take on a similarly distorted appearance in biopsy specimens: 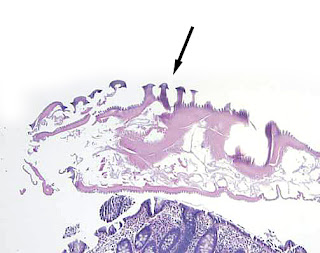 Therefore, the lessons for me on this case were 1.) it's possible to "overthink" yourself out of the correct diagnosis and 2.) reach out to your parasite pals when you are in need of a second opinion.
We have built a strong community of parasitologists here through this blog, and I thank all of you for your ongoing support. Happy Holidays!
Posted by ParasiteGal at 6:44 PM No comments: