This week's case was generously donated by Miranda D., and is a bit of a challenge. The following objects were seen in a stool parasite exam from a 70 year-old man with new onset diarrhea. 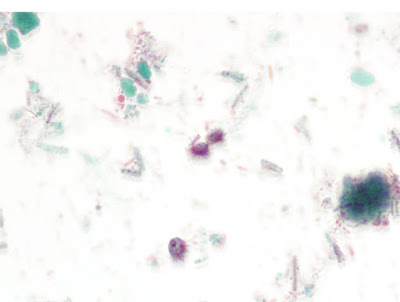 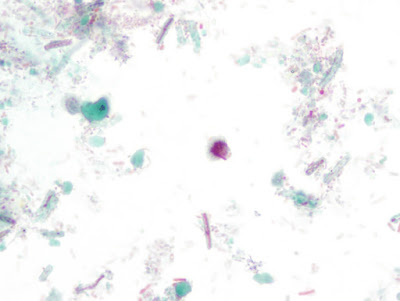 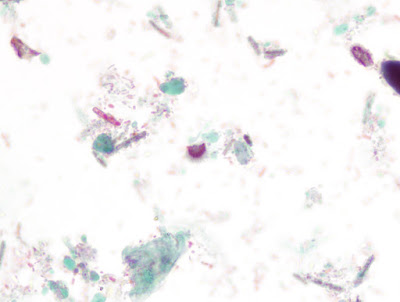 Posted by ParasiteGal at 7:06 PM 4 comments:

This case is interesting in that detached ciliary tufts (DCTs) are uncommonly seen in stool specimens, and therefore I think that their presence threw a few people off. DCTs are formed when ciliated epithelial cells are damaged and the ciliary plate becomes detached from the rest of the cell. They are commonly seen in specimens from the lower respiratory tract (especially in patients with asthma and other inflammatory conditions), and can also be seen in various body fluids when ciliary epithelial cells may be present (e.g. peritoneal fluid with ciliary metaplasia).

DCTs can be identified by their small size (15-20 micrometers in diameter) and lack of nuclear features. They are occasionally confused with trophozoites of the ciliated parasite, Balantidium coli, but are easily distinguished by their significantly smaller size and lack of a kidney bean shaped macronucleus. Although I didn't give you the size of the DCTs (arrow), you can estimate their size based on size of the background bacteria (arrow head). 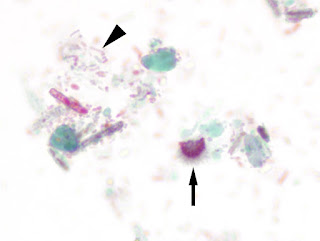 Further research into this case revealed that the patient had a severe asthma exacerbation, and therefore was likely coughing up and swallowing a large number of DCTs from the lower respiratory tract. We can hypothesize that this is the source of the DCTs in her stool, although we wouldn't be able to exclude other sources such as ciliated cells from a biliary cyst (with ciliary metaplasia) or other source.

Thanks again to Miranda from my sister-lab for donating this case!
Posted by ParasiteGal at 8:50 PM 1 comment:

This week's amazing case was photographed by Emily F. in my lab. The specimen is a formalin-preserved stool specimen from our teaching archives - but not everything was dead! A great reminder for why we need to treat all specimens as potentially infectious - even when preserved in formalin for months. 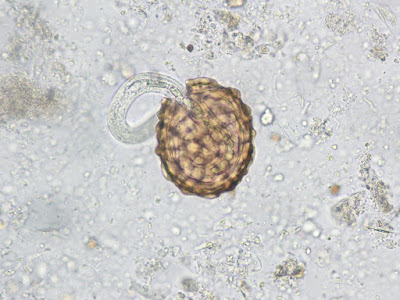 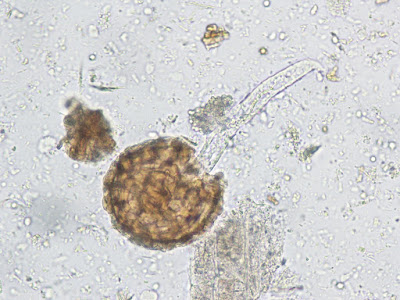 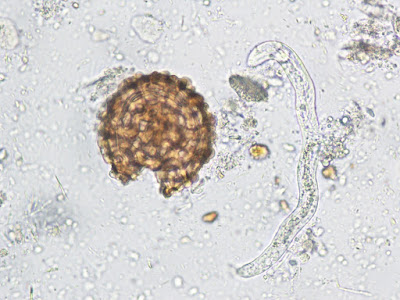 Answer: Ascaris lumbricoides larva, emerging from a fertile egg. The egg shows the characteristic thick wall with outer mammillations (bumps) that easily allows the identification to be made in this case. 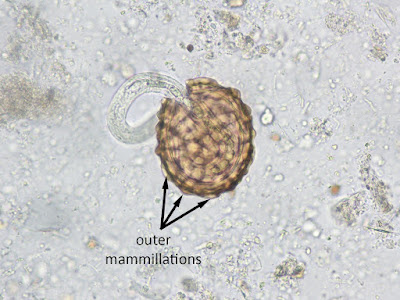 Thanks again to my tech Emily for these amazing photos!
Posted by ParasiteGal at 7:11 PM 3 comments:

This week's case was generously donated by Graham Hickling. Just a simple identification: 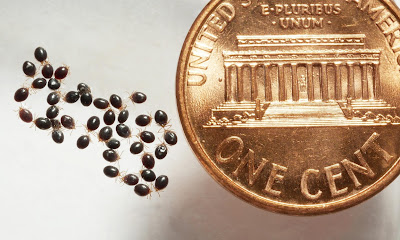 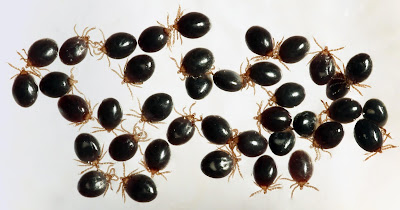 Please feel free to write in with your thoughts!
Posted by ParasiteGal at 8:48 AM 8 comments:

Based on the level of detail shown in the photos, it's hard to tell what genus these ticks belong to. However, we happen to know that the proud mamma was indeed an Ixodes scapularis since these ticks were raised under controlled conditions by Graham. Note that you can just make out the scutum in some of these ticks. That feature, as well as the mouth parts that are visible from the dorsal surface are consistent with a hard tick rather than a soft tick. Meanwhile, the presence of only 6 legs rather than 8 mean that these are larvae. This is also supported by their very small size.

Posted by ParasiteGal at 8:47 PM No comments:

This week's case was generously donated by Dr. Paul Valenstein. It is an eyelid biopsy from a 6-year old African child. Diagnosis? 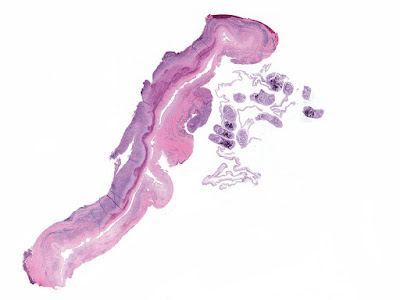 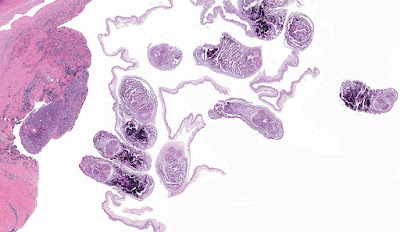 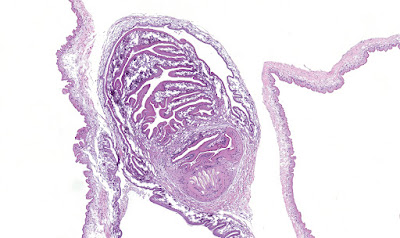 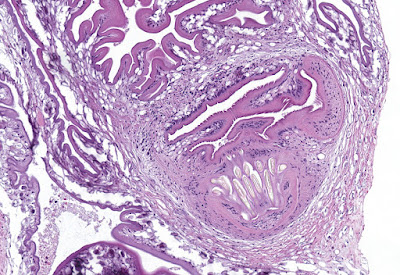 Answer: Coenurosis due to a canine tapeworm, Taenia multiceps, or Taenia serialis. Dogs and other canids are the definitive host, while humans are accidental intermediate hosts. These cestodes are seen worldwide, but most cases have been reported from Africa (where the patient in this case was from).

The diagnosis can be made by identifying multiple everted scolices (protoscoleces) within a large cystic structure. This differs from cysticercosis in which there is only a single protoscolex in each cyst. Note the presence of calcareous corpuscles throughout the stroma which is seen with all cestodes. 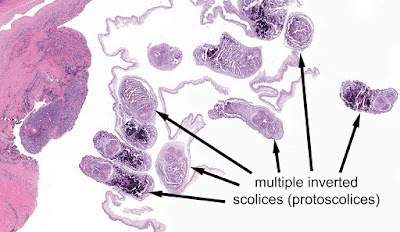 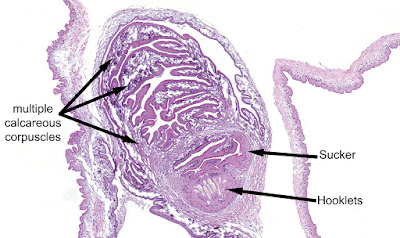 The CDC DPDx website has great macroscopic pictures of coenurosis which you can see HERE.
Posted by ParasiteGal at 9:05 AM 3 comments: