The following was found on the scalp of a 6 year old boy.  Identification? 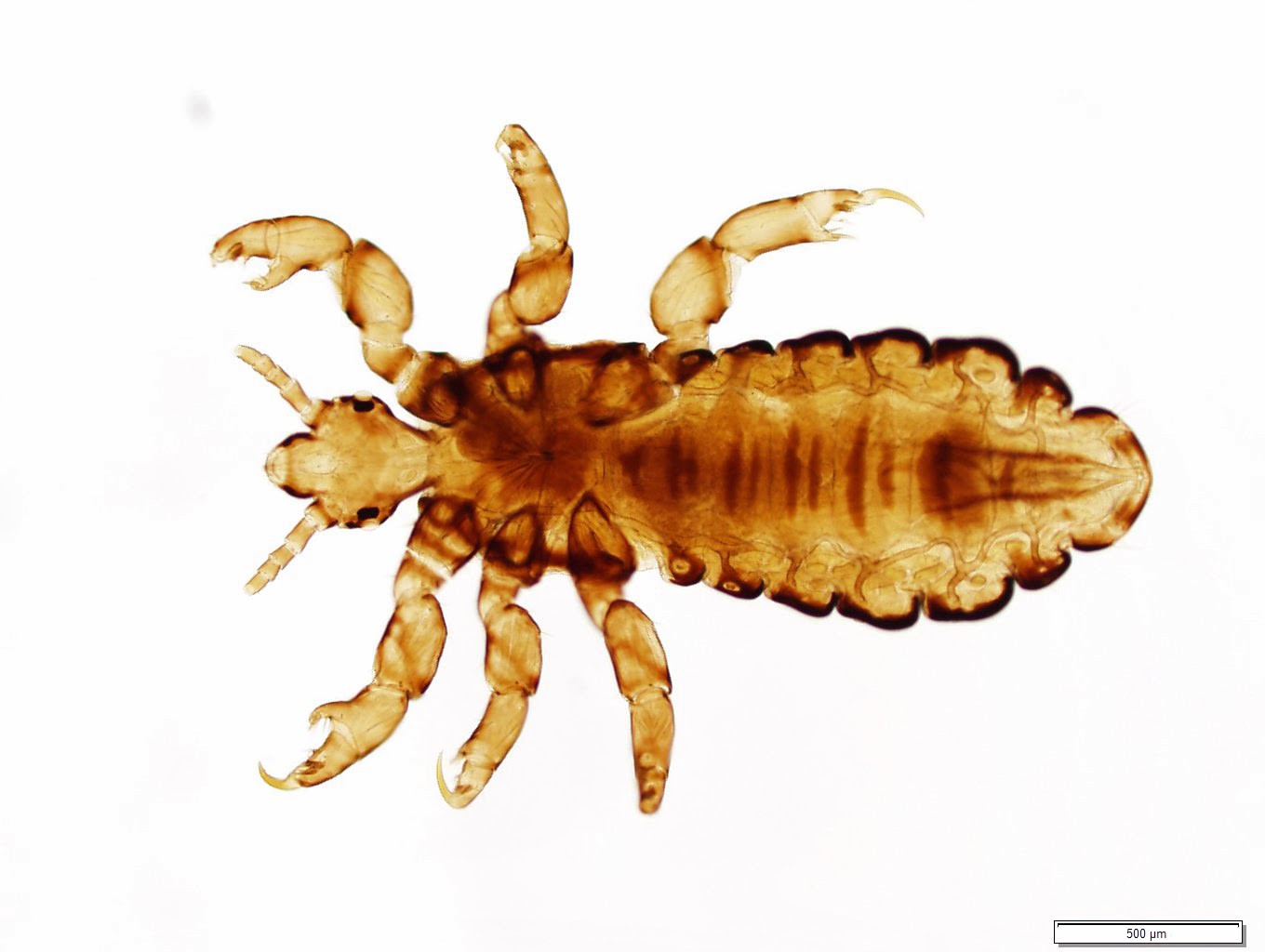 Posted by ParasiteGal at 7:53 AM 3 comments:

Answer:  Louse - Pediculus humanus.  It is not possible to differentiate the head and body louse by morphology alone, but the history suggests that this is Pediculus humanus capitus, the human head louse. Florida Fan points out that this is a male louse, as evidenced by spike-like copulatory organ and rounded posterior.

There is a good amount of debate about whether the head or body louse actually represent different species.  They have very minor genetic differences, but can still interbreed.  Therefore, the most recent school of thought is that they are conspecific (in the same species).

If you want to read all of the nitty-gritty details, check out this open access article.
Posted by ParasiteGal at 7:08 PM No comments: