Dear Readers,
I'd like to first thank This Week in Parasitism and the hosts, Vincent Racaniello and Dickson Despommier for featuring my blog as their 75th podcast.  You can hear the podcast HERE. Please check out their other podcasts - they're fun and contain great information!

Now for our case this week:  A peripheral blood thin film from a patient with recurring fevers and recent travel to India.  Identification? 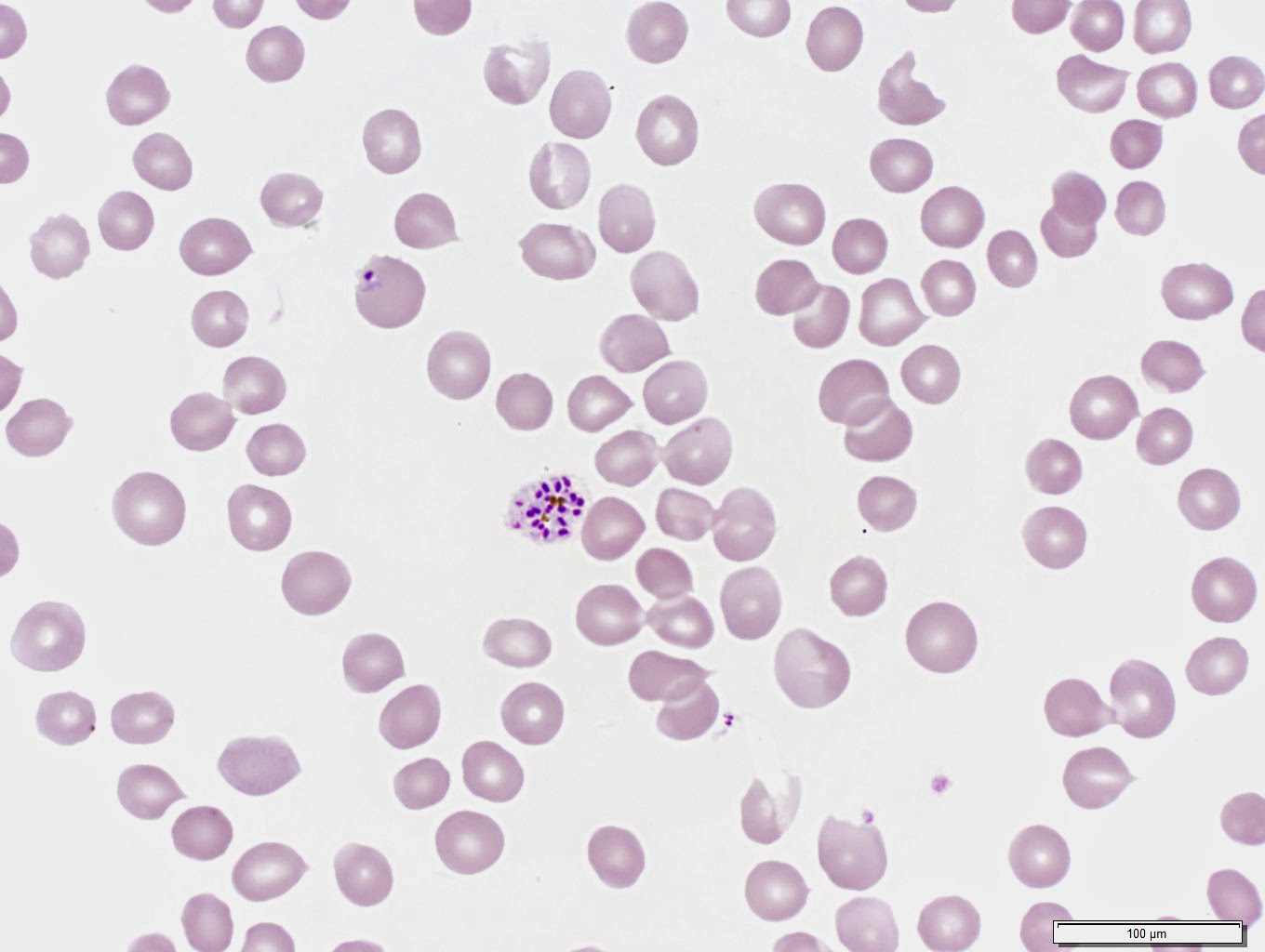 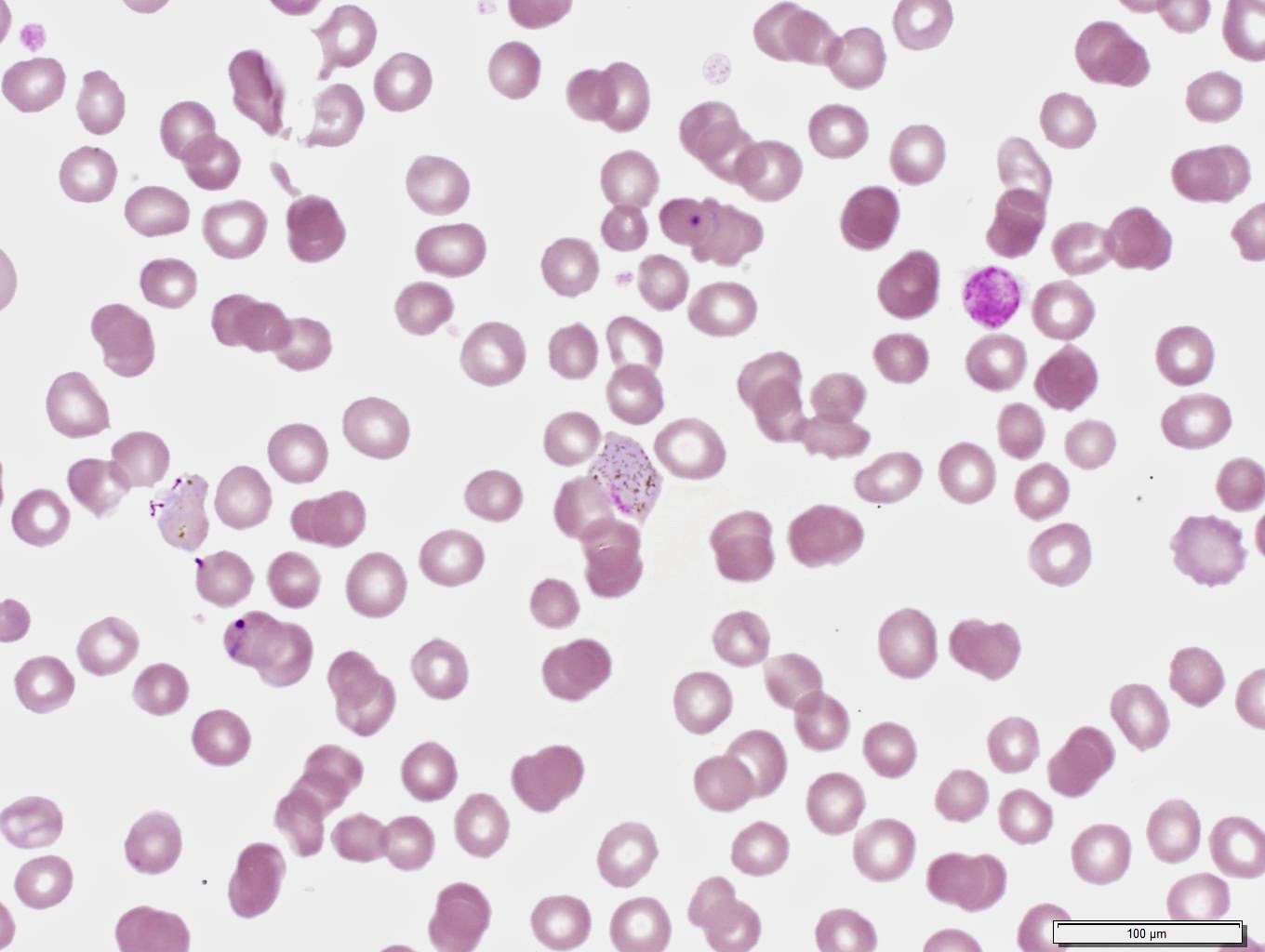 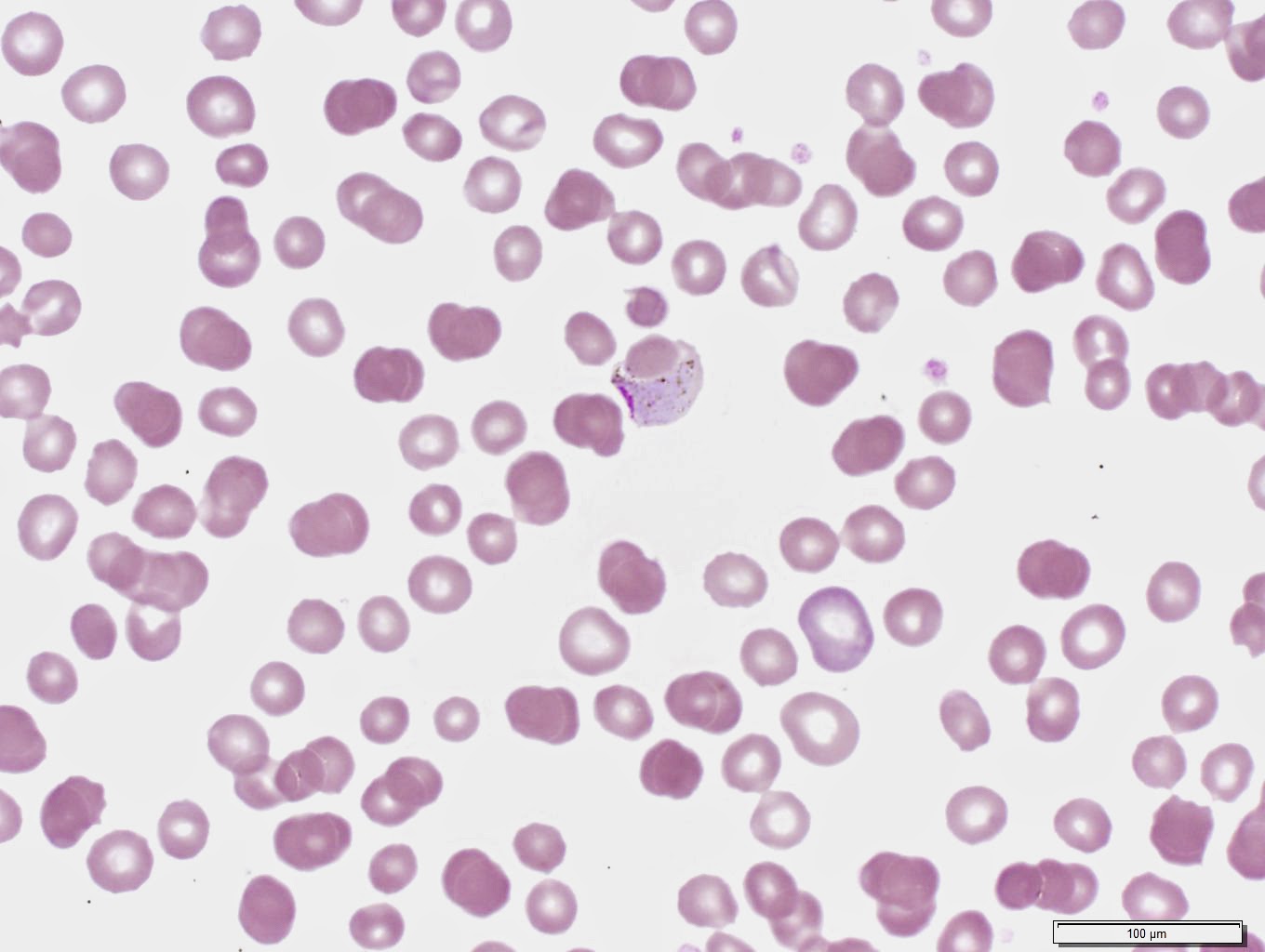 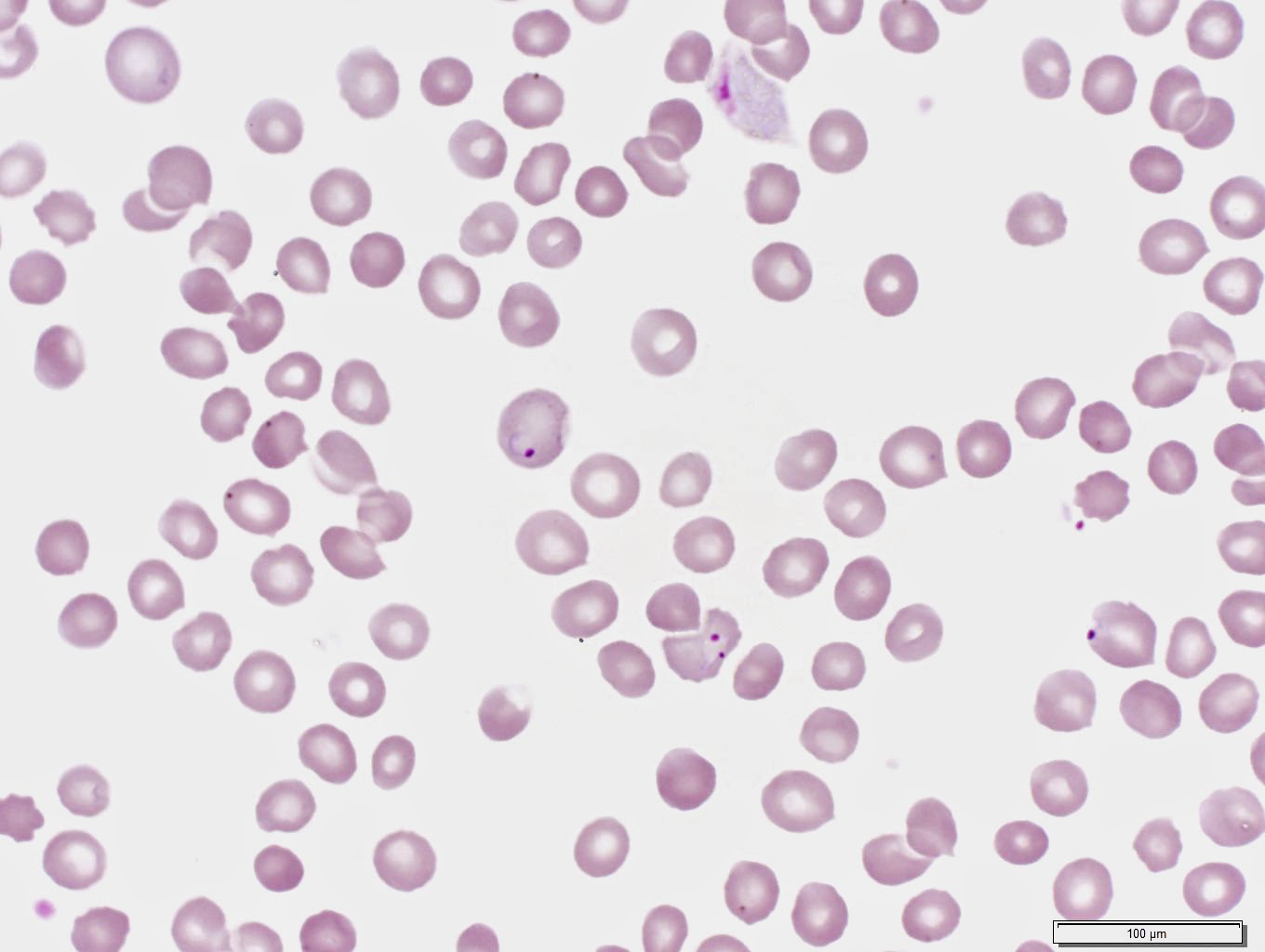 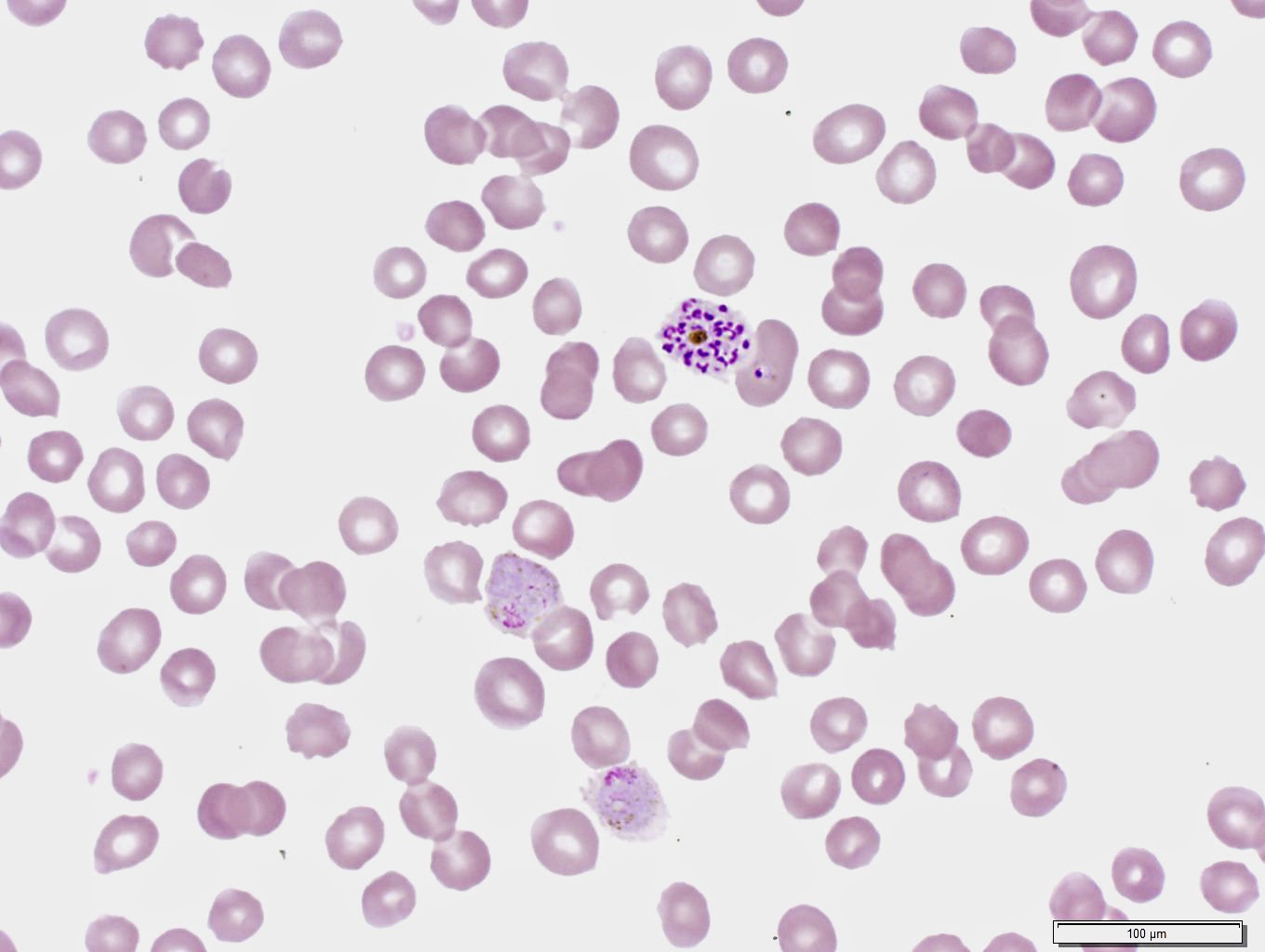 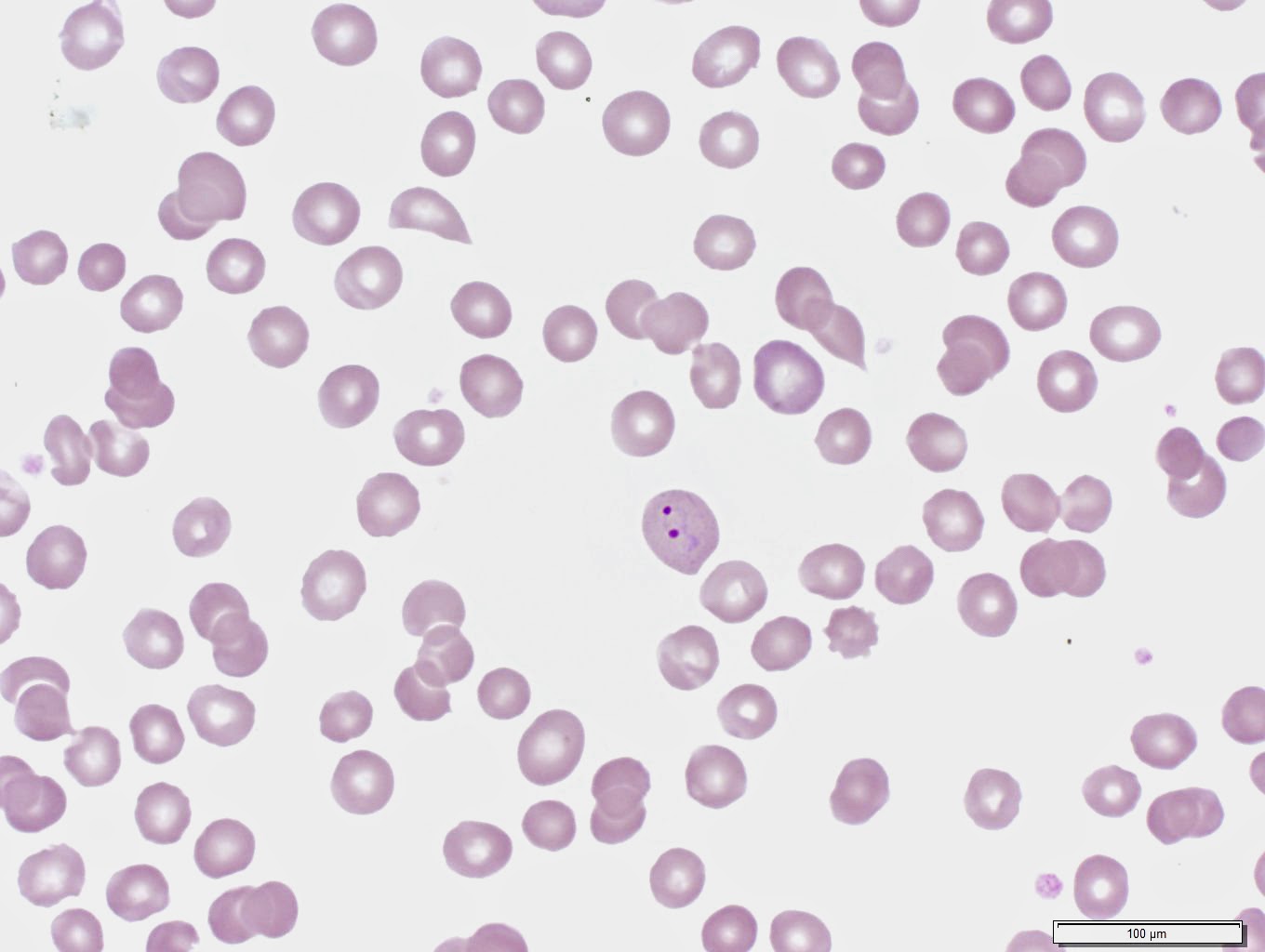 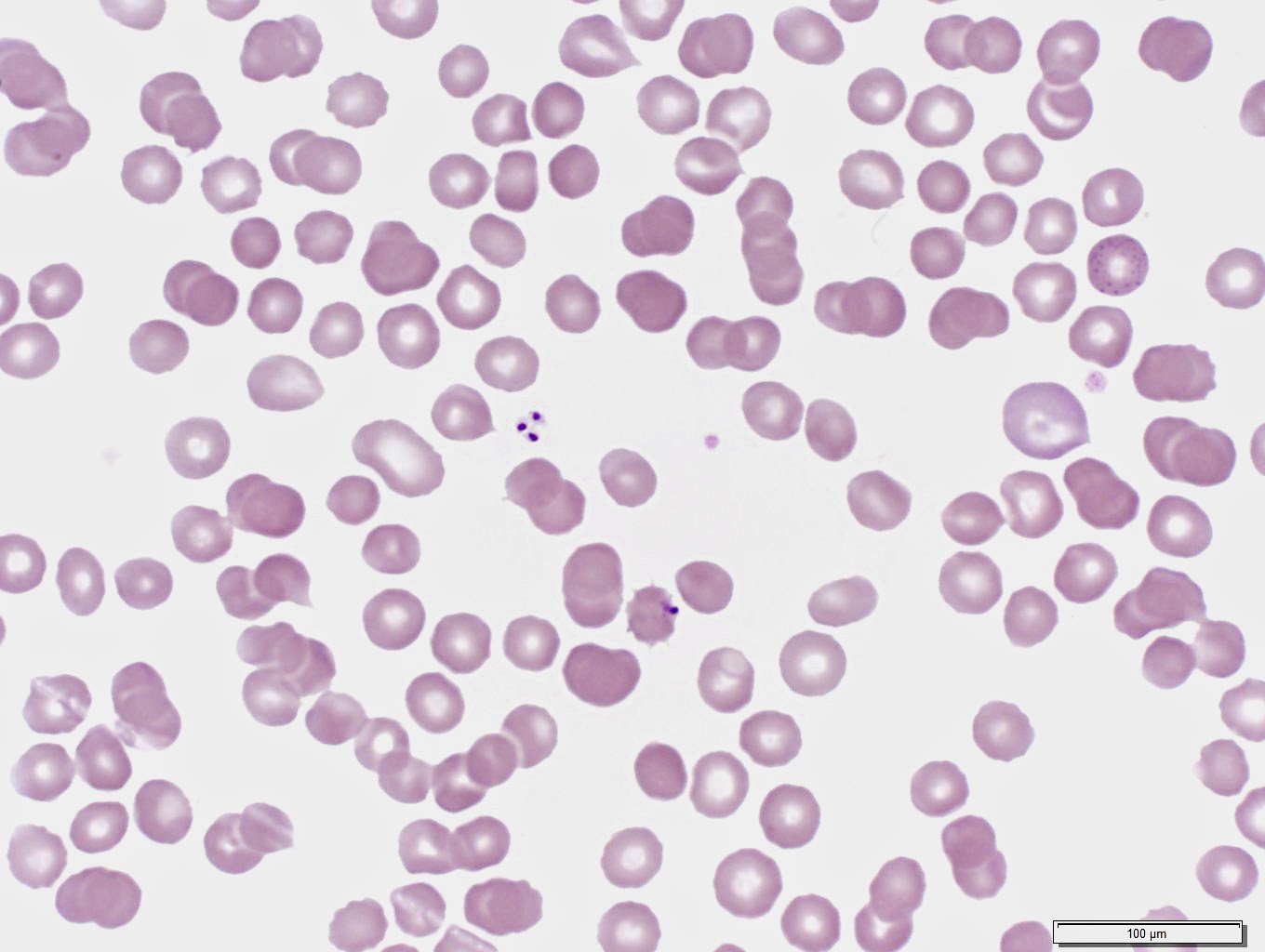 As described by Florida Fan, many of the characteristic P. vivax morphologic features are present in these images including infected RBCs that are larger than non-infected RBCs, schizonts with many merozoites (12-24) and infected cell "hugging" of adjacent RBCs.  In fact, this case had the "huggiest" (is that a word?) RBC I've ever seen.  This case also had free merozoites which are not commonly seen in peripheral blood smears.  Lastly, faint stippling (Schuffner's dots) was seen in some cells.  Here are some representative images from this case: 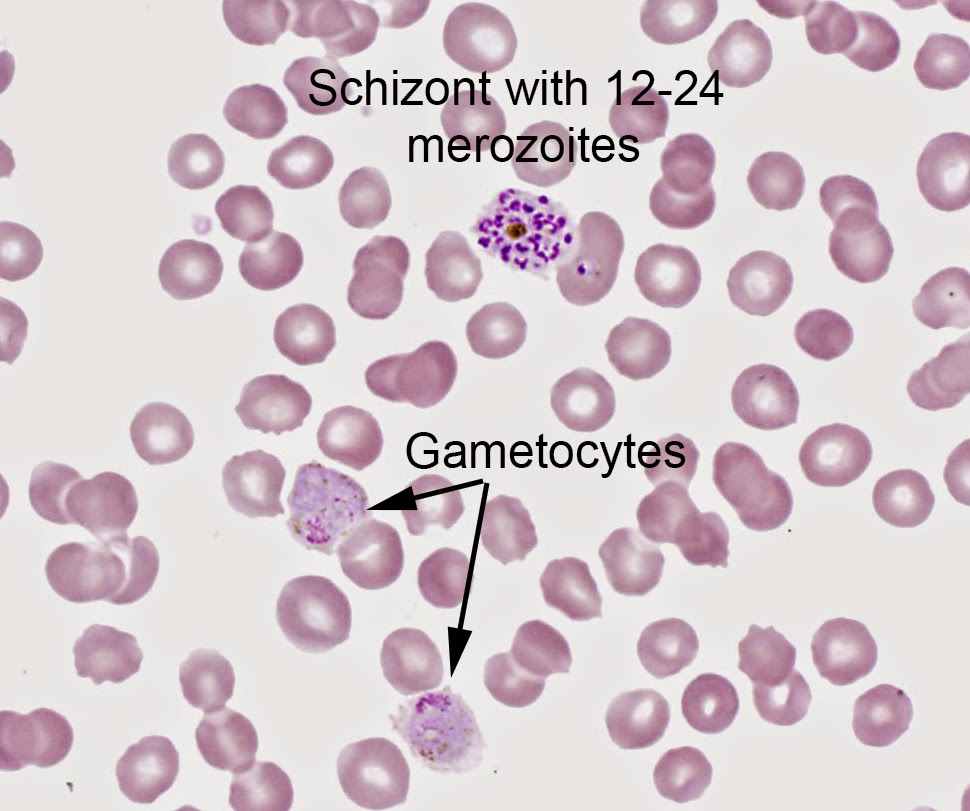 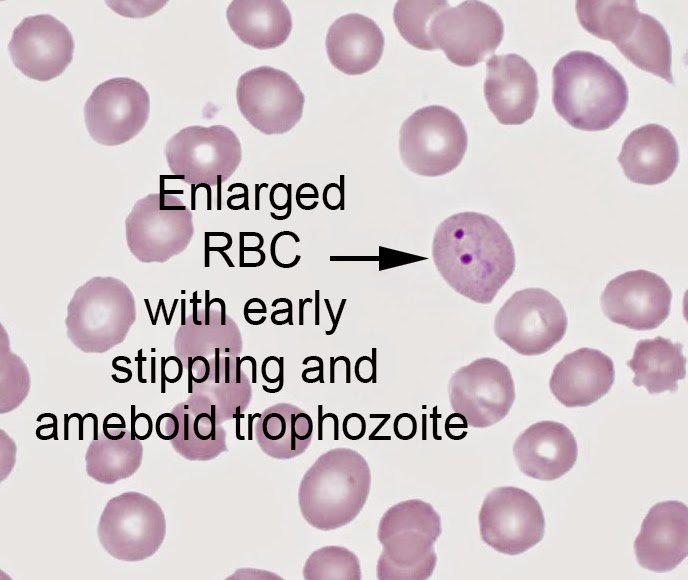 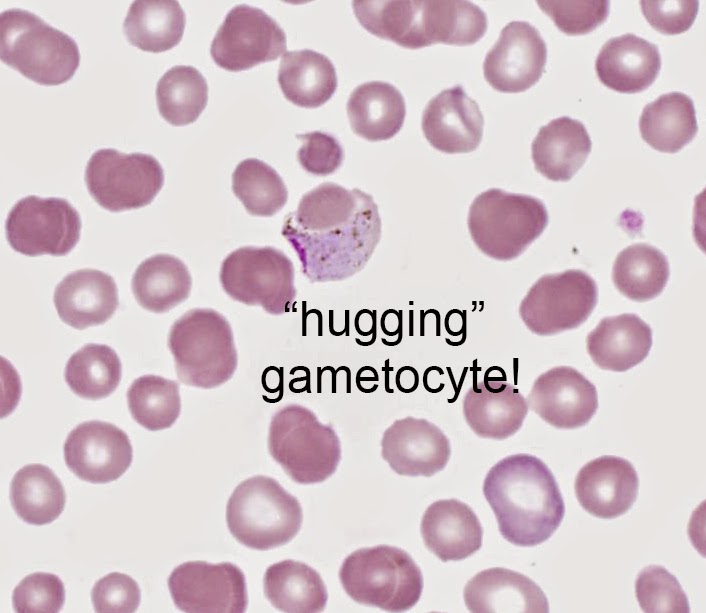 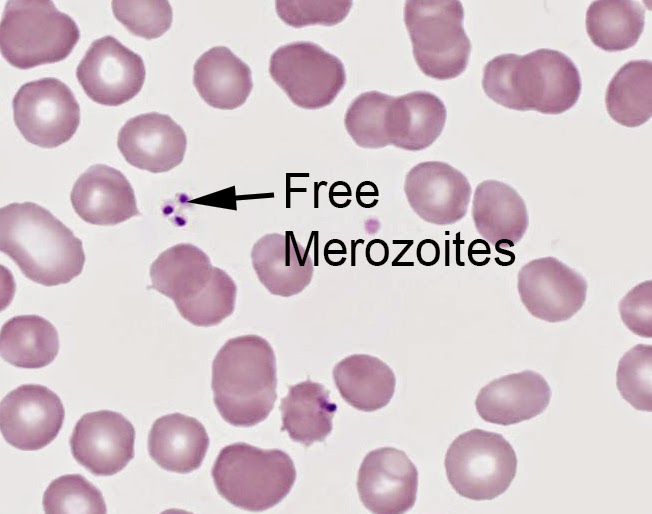 Posted by ParasiteGal at 4:58 PM No comments:

Here's a nice straight-forward case this week.  The following were seen on Ova and Parasite exam performed on an adopted child from Ethiopia.  Identification? (CLICK ON THE IMAGES TO ENLARGE) 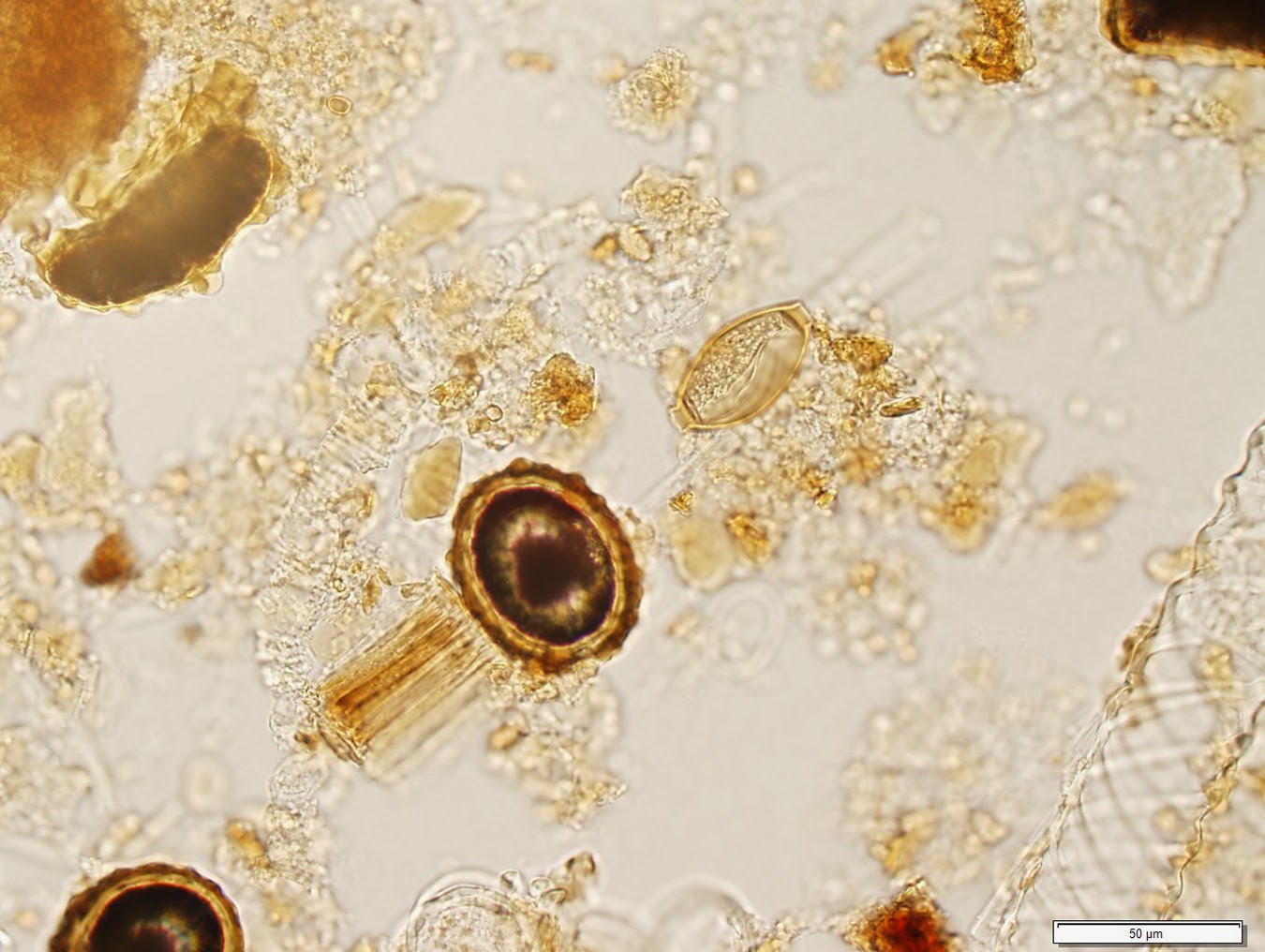 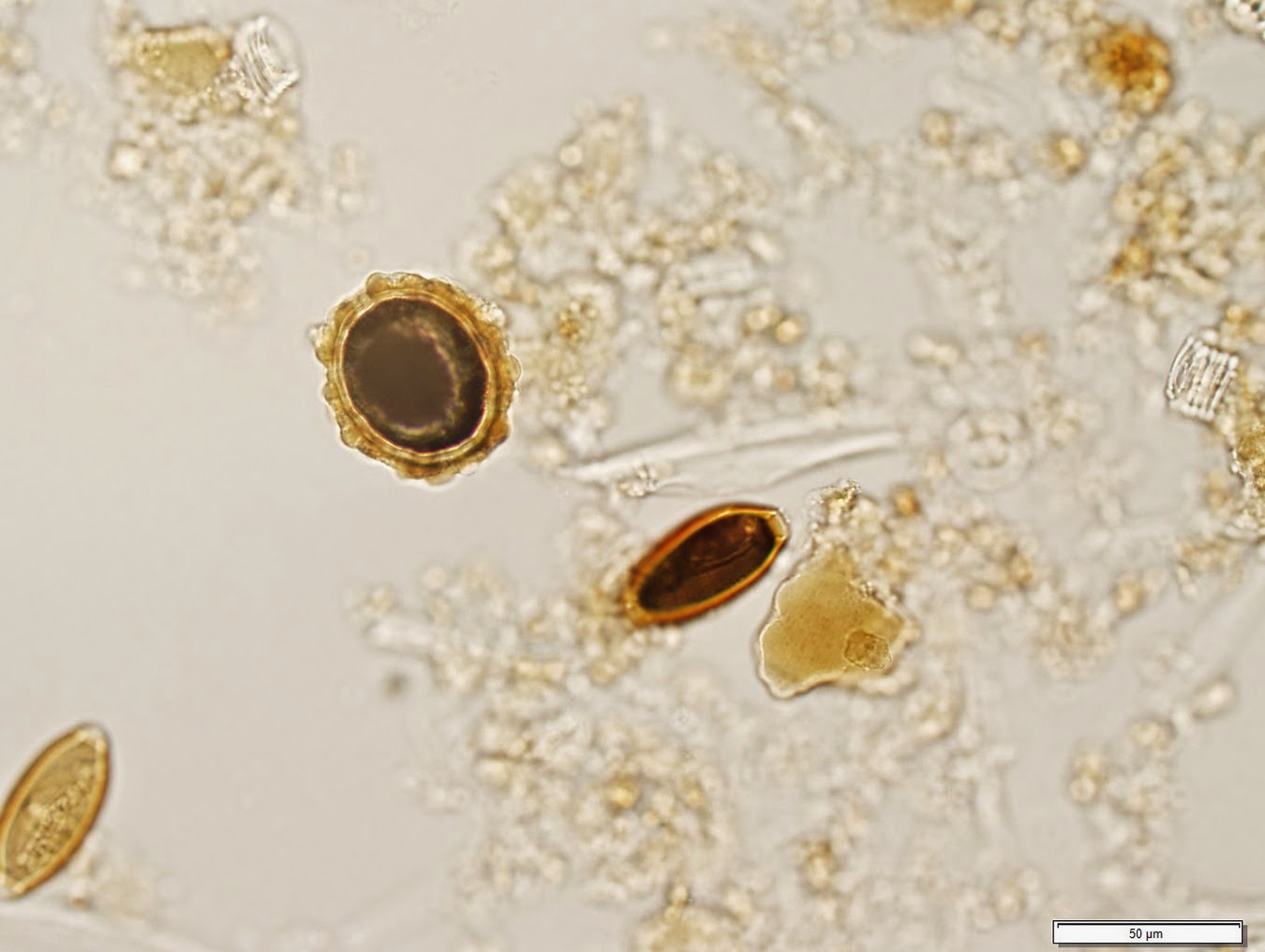 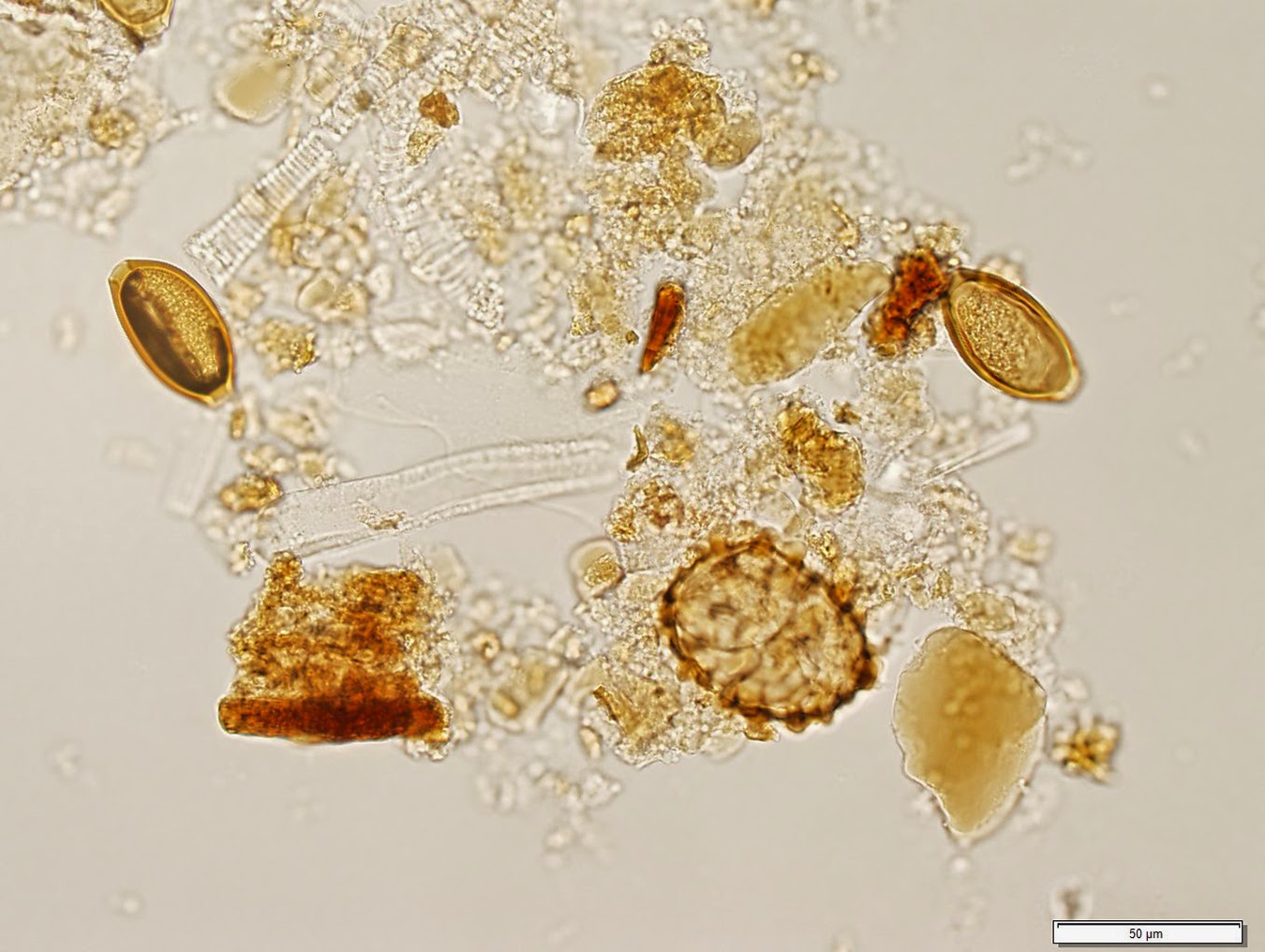 Answer:  Ascaris lumbricoides and Trichuris trichiura eggs.
As noted by a few of the readers, both fertilized and unfertilized Ascaris ova are present.  It is common to see co-infections with geohelminths in patients from endemic settings. Therefore, a good take home point is:  if you see one parasite, keep looking!
Posted by ParasiteGal at 11:29 AM 1 comment:

I have an unusual case for you this week.  The following images are of a stool agar culture plate for Strongyloides stercoralis after 6 days of incubation at room temperature: 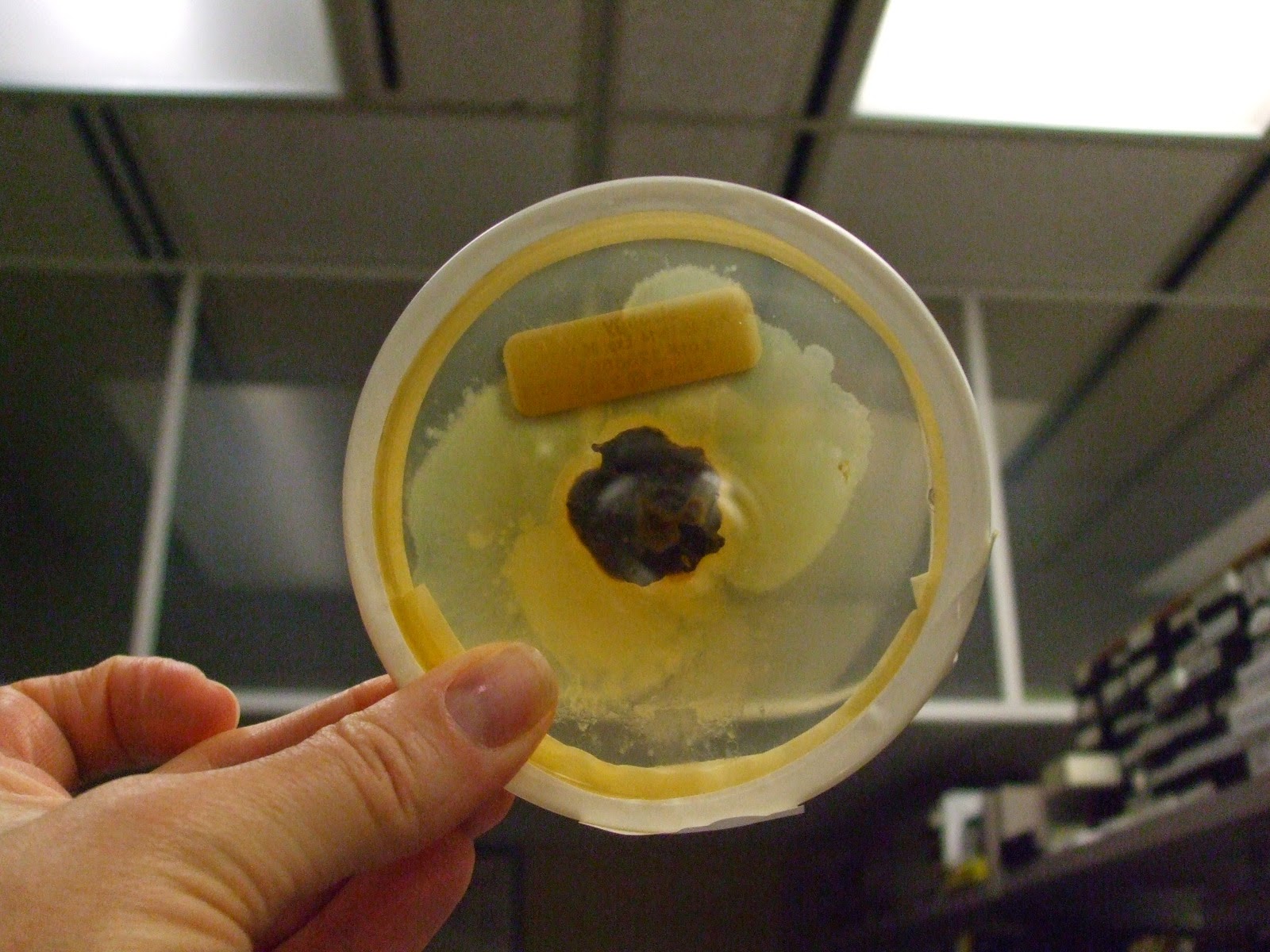 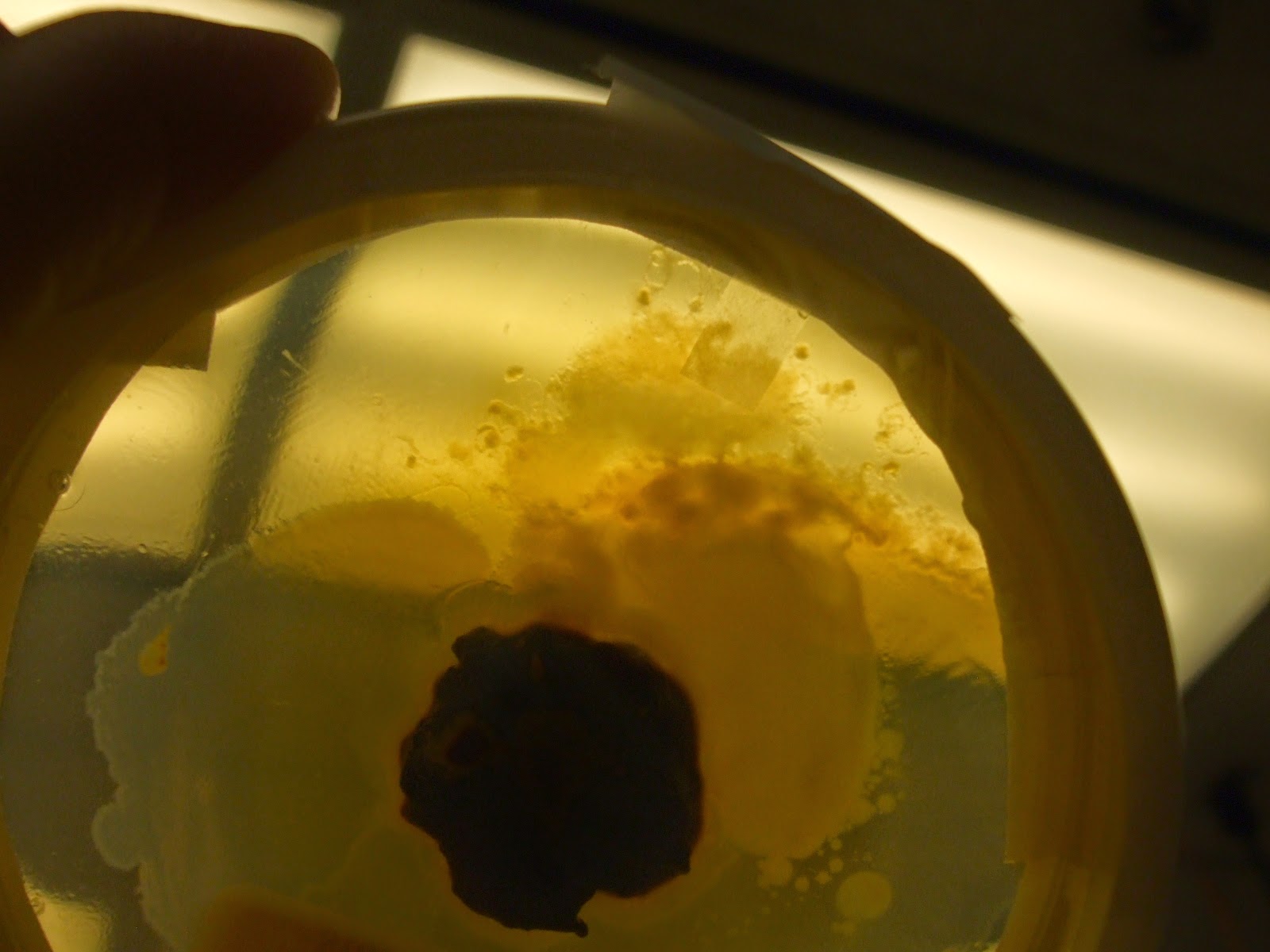 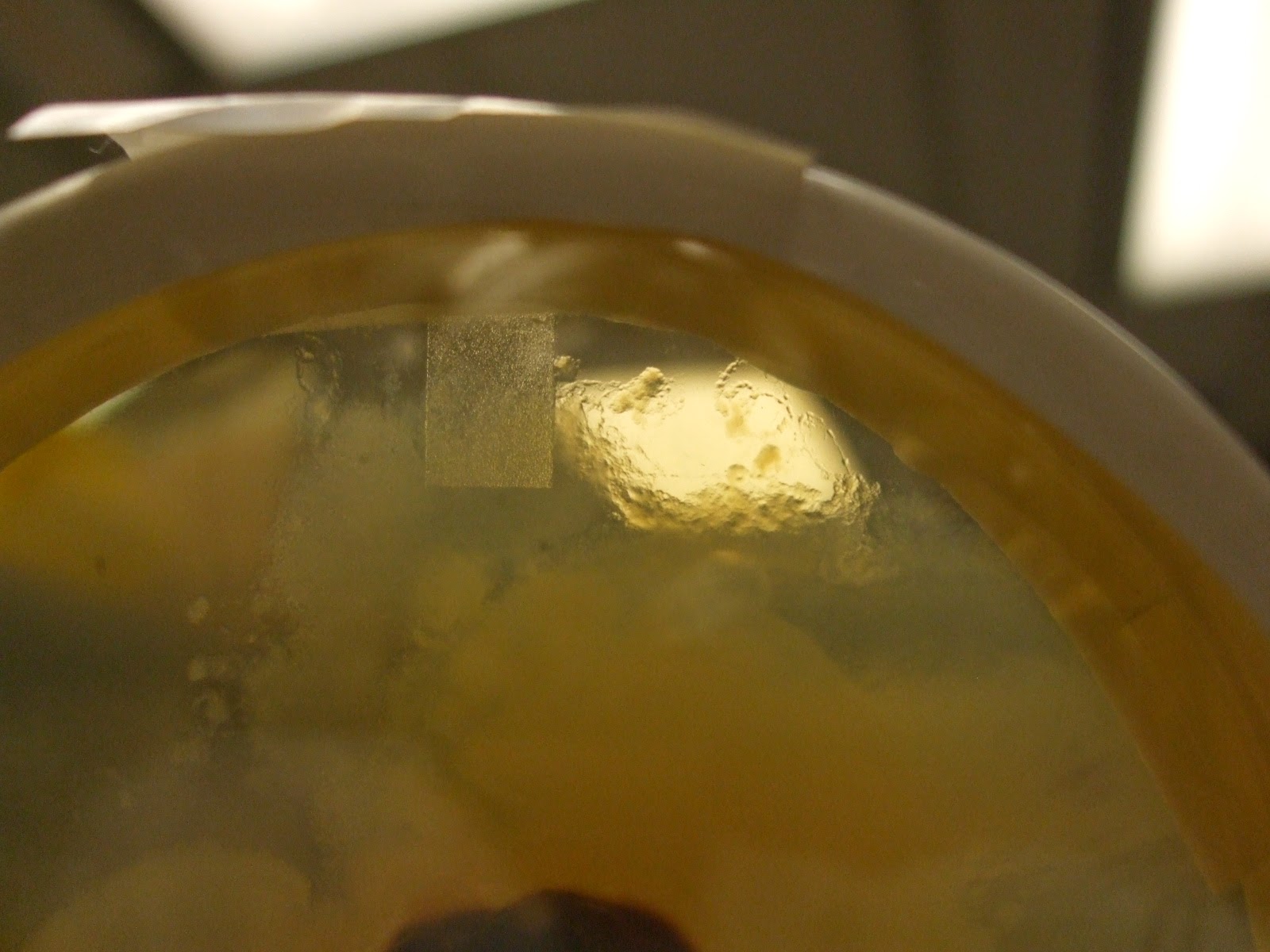 
Note that there is subtle movement in these filamentous structures (the choppiness is an artifact of my video camera).

To further investigate this, we performed a Gram stain of material taken from the fringed edge: 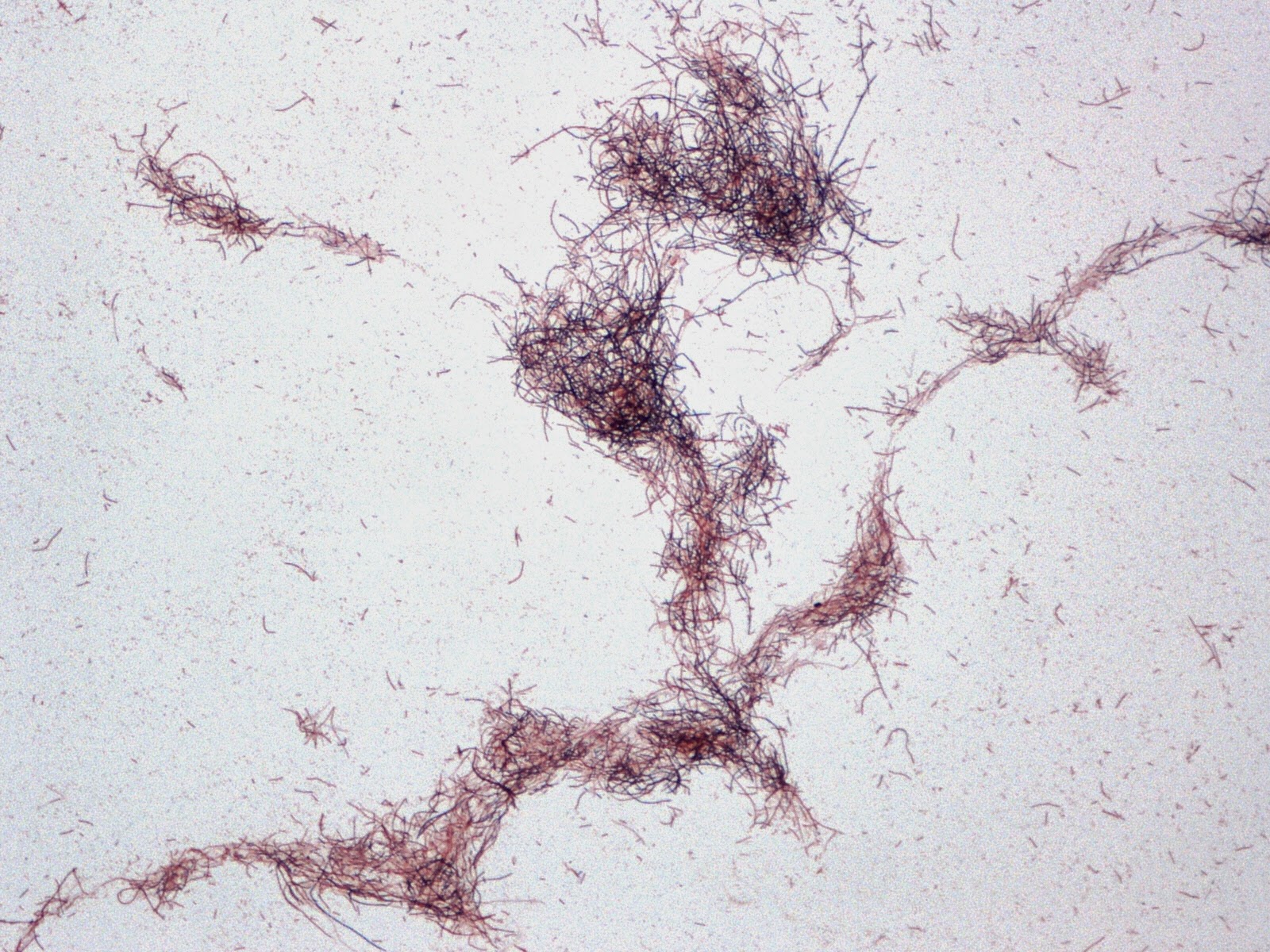 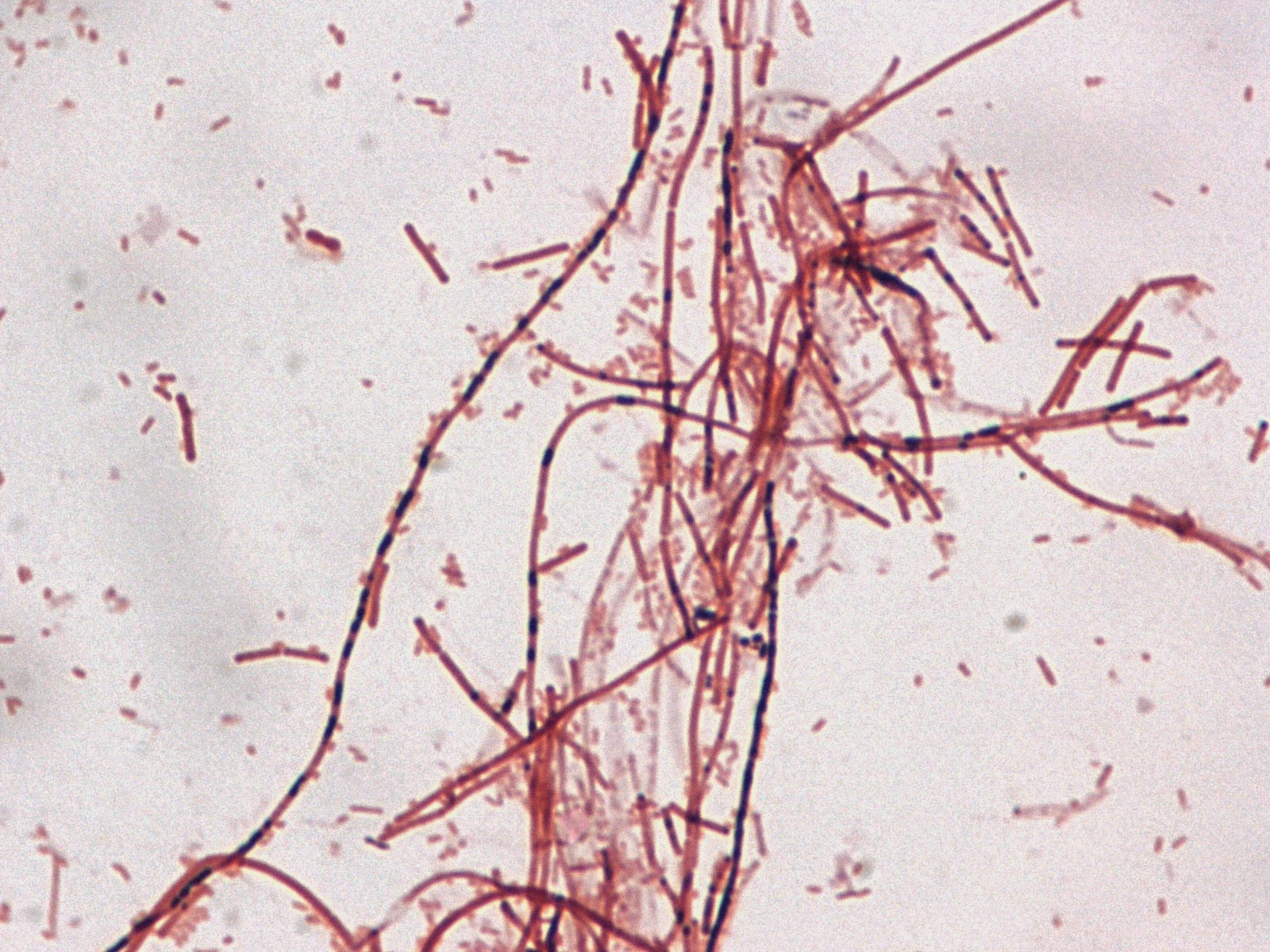 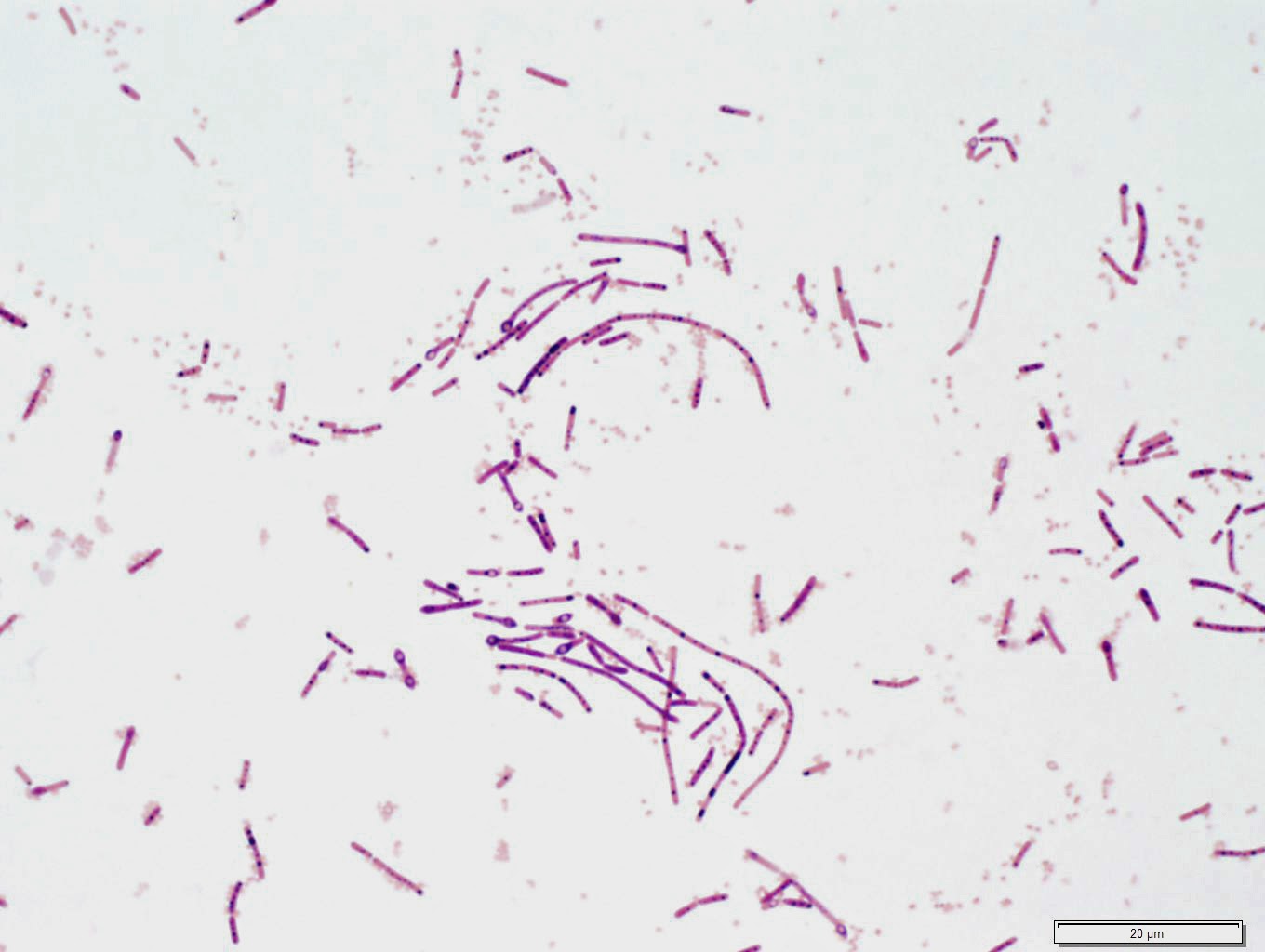 Answer:  No Strongyloides stercoralis or other larvae detected.  A motile Bacillus sp. was present, accounting for the motility observed on the Strongyloides agar culture plate.

This was an unusual case because the bacteria produced an interesting motion which superficially resembled larval movement.  However, the observed motility was not the expected sinuous movement of larvae through bacteria, but instead, consisted of regular and continuous clockwise or counterclockwise swirling within a confined region of the plate.

It's important to remember that things other than Strongyloides stercoralis larvae can demonstrate motility on Strongyloides agar cultures. In this case, the unusual motility pattern was due to fecal bacteria. However, we've also seen mites, hookworm larvae, and even larvae from free-living nematodes demonstrate visible motility.  That is why we work up all positive cultures with microscopic identification of the motile objects.

Thanks for the great discussion on this one!
Posted by ParasiteGal at 12:16 PM 4 comments: