And now for something completely unrelated to COVID-19. 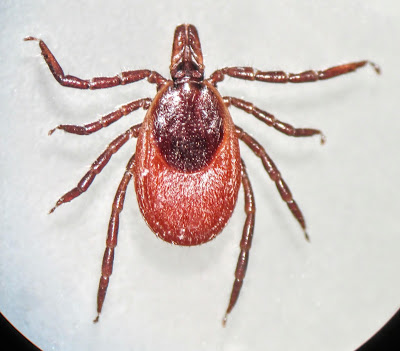 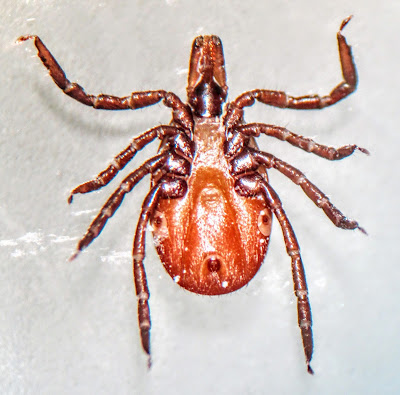 As several of you mentioned, it would be important to know the location for where this tick was obtained. This particular tick was obtained in Florida, although similar-appearing ticks are found on the west coast of the United States (Ixodes pacificus) and Europe (Ixodes ricinus). All three of these ticks serve as the vector for members of the Borrelia burgdorferi sensu lato species complex that cause human Lyme disease (Lyme borreliosis).

You will then want to refer to specific keys for the morphologic identification of Ixodes ticks in the different regions of this world.

Thanks again to Florida Fan for donating this case!
Posted by ParasiteGal at 5:17 PM 2 comments:

This week's fun case was generously donated by Dr. José Poloni, one of my Twitter buddies (@JoseTesser). The object below was found in the undergarments of a 35 year-old woman. No other history is provided. Identification? How would you sign this case out? 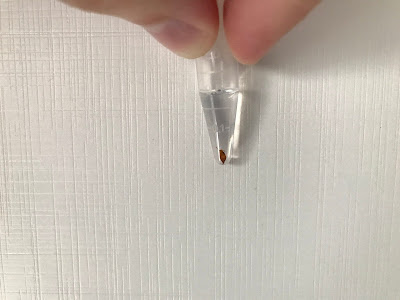 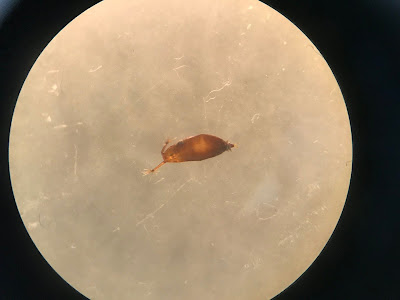 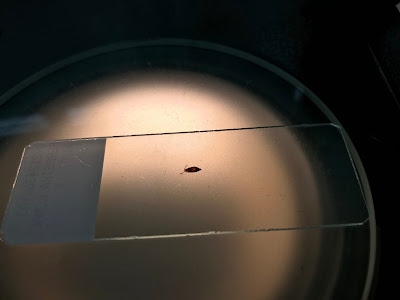 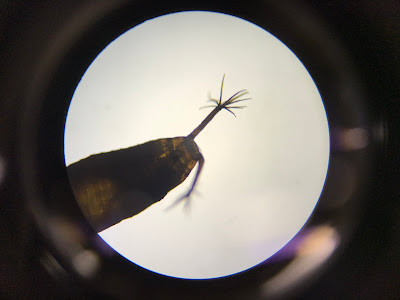 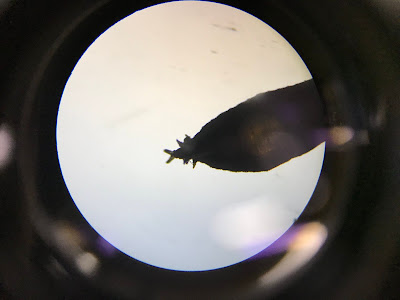 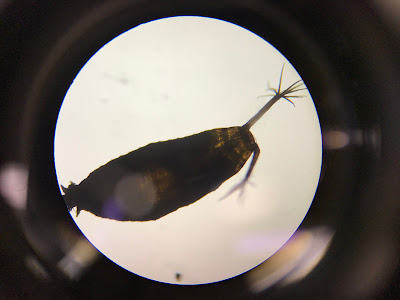 Answer to Parasite Case of the Week 583: Dipteran fly pupa, possibly a fruit fly pupa (Drosophilidae); not a human parasite. 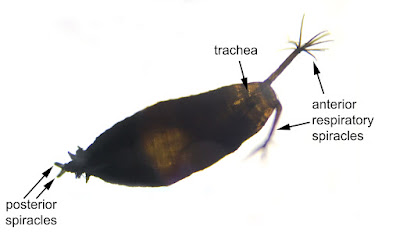 As Old One commented, "...I probably have endless numbers of these critters residing in my kitchen waste recycling bin. Jokes on me."

This fun case donated by Dr. Poloni has some interesting morphologic features that we don't usually get to see in the clinical microbiology laboratory, such as long anterior respiratory spiracles.
Posted by ParasiteGal at 7:33 PM No comments:

This week's case was donated by Dr. Daniel Cohen. The following specimen was submitted to surgical pathology for examination. No additional history was available. 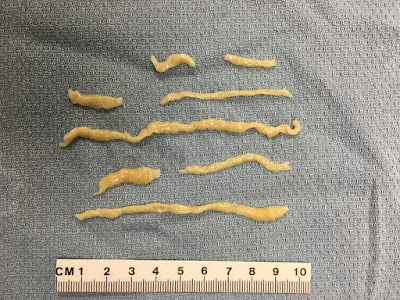 Like all specimens in surgical pathology, it was sectioned and made into H&E-stained slides. 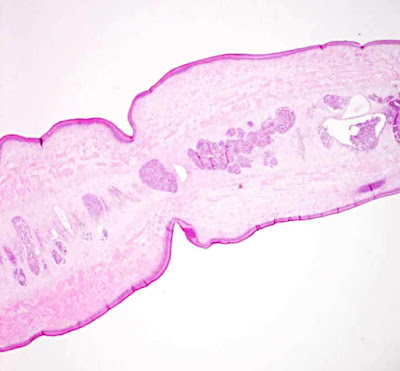 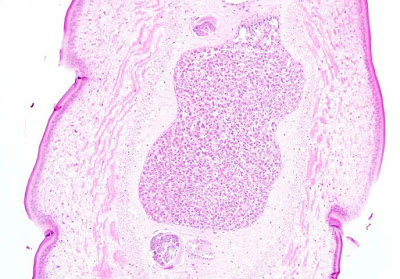 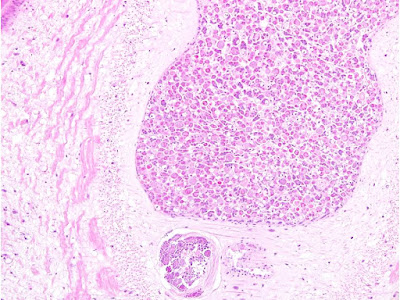 Identification? What structures are we seeing here?
Posted by ParasiteGal at 2:35 PM 11 comments:

I apologize that this was more challenging than I meant it to be. I should have mentioned that these objects were passed through the anus (sorry about that omission!)

Note that the objects seen here are made up of repeating chains of proglottids, some which are longer than they are wide, consistent with a Taenia sp. rather than Diphyllobothrium/Dibothriocephalus sp. 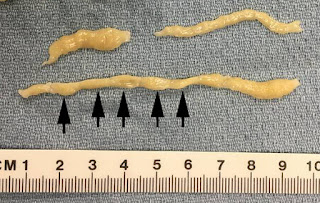 As Blaine mentioned, the far left proglottid *might* have a lateral uterine pore which would support a diagnosis of Taenia sp.

In my mind, the histologic sections don't add much to this case. They show the classic features of a cestode (thin outer tegument with a loose underlying stroma containing calcareous corpuscles and longitudinal muscle fibers) with central reproductive structures. However, there is not enough differentiation of these structure present to allow for definitive confirmation of the gross identification.

Posted by ParasiteGal at 9:41 PM 3 comments: