As several readers mentioned, knowing the source of the infestation would have been very useful in determining if this is a head or body louse, since these 2 subspecies (P. h. humanus and P. h. capitis) are morphologically indistinguishable, and overlap in size range (although head lice are on the smaller end of the range). Unfortunately, as is often the case, we were not given a source.

Pediculus humanus can be identified by its elongated body and grasping (raptorial) claws as shown below. 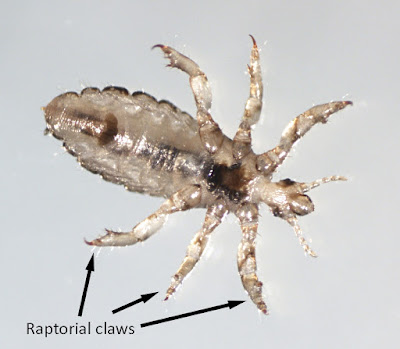 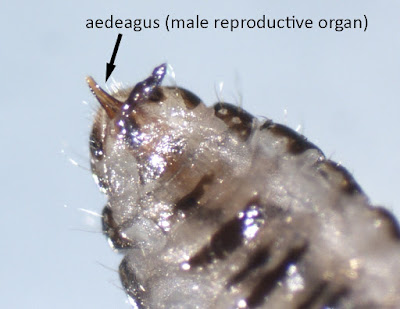 Posted by ParasiteGal at 4:13 PM