This week's case was generously donated by Dr. Neil Anderson. The following structure was retrieved from the common bile duct during endoscopic retrograde cholangiopancreatography (ERCP). The patient is a refugee from Tanzania who presented with intermittent abdominal pain, distended gallbladder and hepatosplenomegaly. This was one of many "worm like" structures noted on ERCP.  Unfortunately this object appeared to tear during removal. The portion submitted measures several centimeters in length. No identifying external structures were identified. 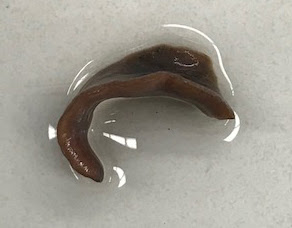 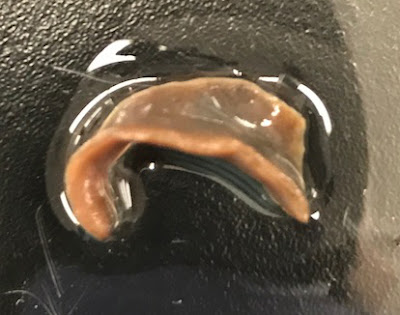 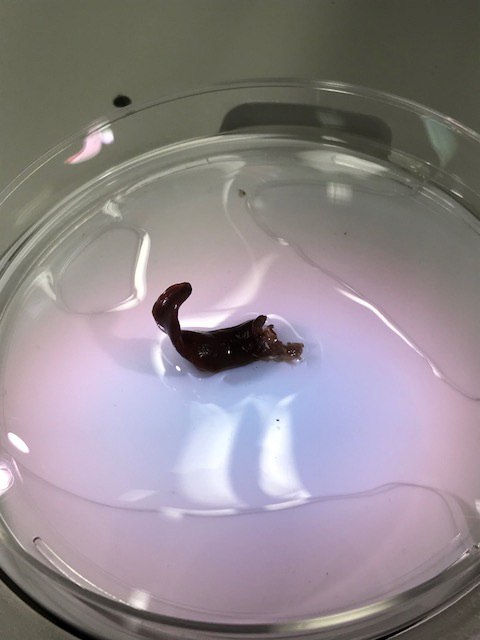 Dr. Anderson's team tried to express eggs from this structure but was unsuccessful. In an effort to learn more about the nature of this object, a portion of it was submitted for histopathologic processing. Representative sections revealed the following: 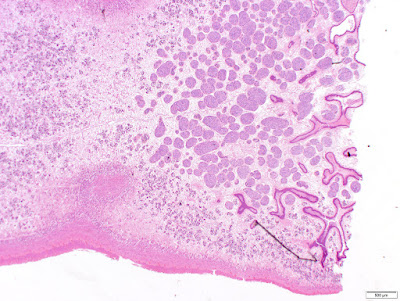 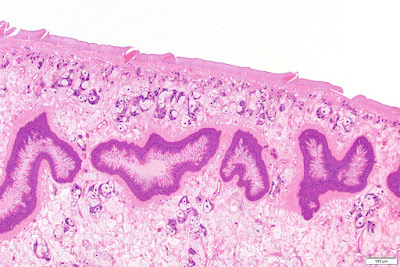 What is the most likely identification?

Posted by ParasiteGal at 8:11 PM

The size is very large, the section of the cuticle appears to have villi. The polymorphic large structures underneath could be part of the vitellaria? I’m ready for a lesson in Pathology.
Florida Fan

Agree that the histopath appears to show vitellaria. A trematode in the CBD of a Tanzanian... would seem to point to Fasciola, either gigantica or hepatica. Either way, triclabendazole is in this patient's future.