Answer: Strongyloides stercoralis. Note the characteristic morphology and the impressive larval load in the stool agar culture! It's been a while since I've seen such a heavily loaded specimen. We immediately contacted the clinical team in this case since we were concerned about potential hyperinfection syndrome - a life-threatening condition - to ensure that the patient was treated immediately.

As mentioned by Florida Fan, Ali, William and Idzi, a rhabditiform larva with a short buccal cavity is clearly shown, allowing us to confirm the identification of S. stercoralis. 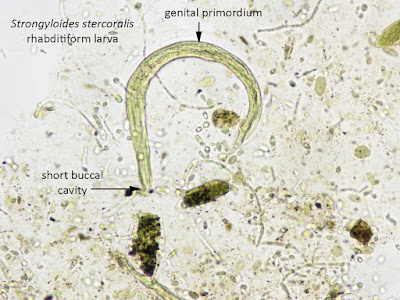 Idzi also astutely noted that there are eggs and different stages of larvae present. There were also rare adults in the specimen (not shown). I didn't highlight them in my original post since their morphology is less than optimal, but here are closer views: 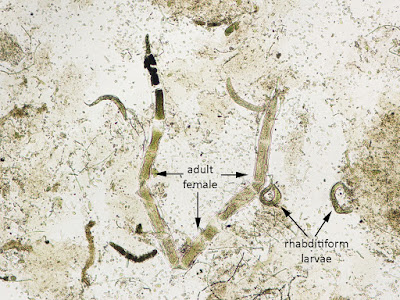 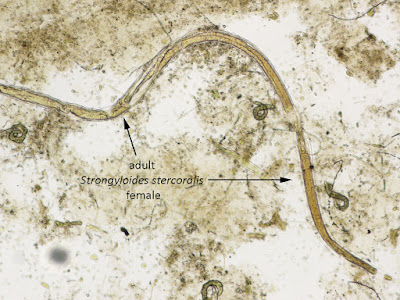 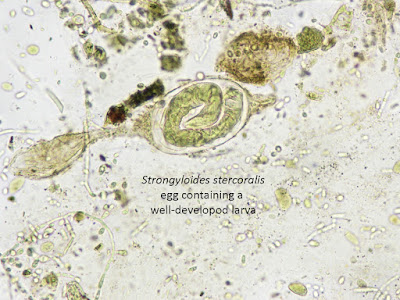 Strongyloides stercoralis adults and eggs are not usually seen in stool specimens, but can be seen in very heavy infections like this one.
Posted by ParasiteGal at 4:24 PM