Note that you can make out the walls of several daughter cysts, which likely collapsed in vivo or during sectioning. 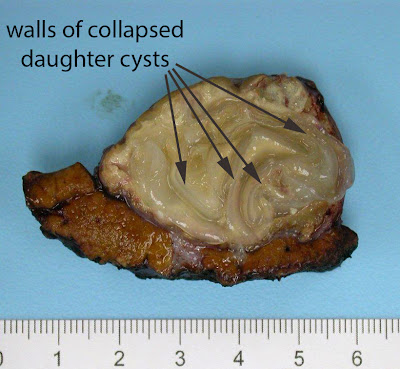 As some of you mentioned, other less likely options based on this gross appearance would be a non-infectious cystic lesion and an amebic liver abscess.  The latter is unlikely given that the concents would be red-brown necrotic material classically referred to as "anchovy paste."

The definitive diagnosis is secured by microscopic examination of fluid obtained from the cyst or tissue sections of the cyst walls.  In this case, tissue sections revealed thick laminated layers, consistent with E. granulosus: 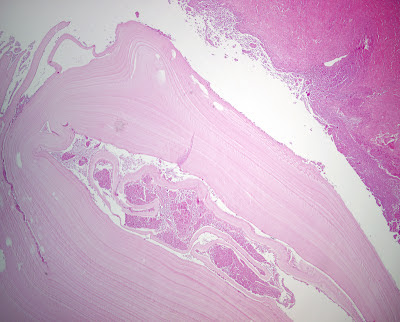 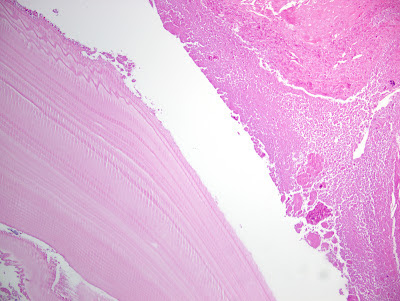 Rare refractile hooklets were also seen within the degenerated granular cyst contents (1000x magnification below).  No viable appearing protoscoloces were identified, as is sometimes the case in ruptured or degenerated hydatid cysts.﻿ 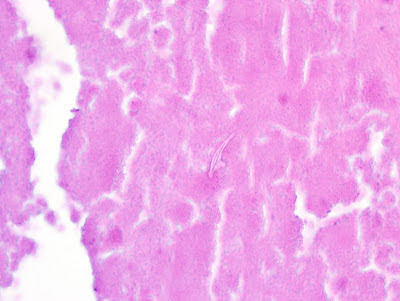 Posted by ParasiteGal at 4:05 PM