As many of you indicated in your comments, these are NOT Schistosoma haemotobium eggs, despite the superficial resemblance and location in urine, and instead are most consistent with crystals (specifically uric acid crystals). Uric acid crystals can be found in urine in a number of conditions and can be differentiated from S. haematobium eggs using the following features:

I'd encourage you to look at last week's Case 463 to see a good example of S. haematobium eggs. Also, here is a nice side-by-side comparison of a Schistosoma haematobium ovum (left) and a uric acid crystal (right), both stained with Papanicoloau: 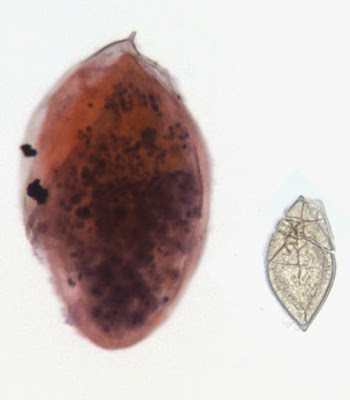 I've featured uric acid crystals several times before on this blog, so I thought I would take this opportunity to highlight images from past cases. As you can see from the images below, there is a variety of appearances that uric acid crystals can take in urine: 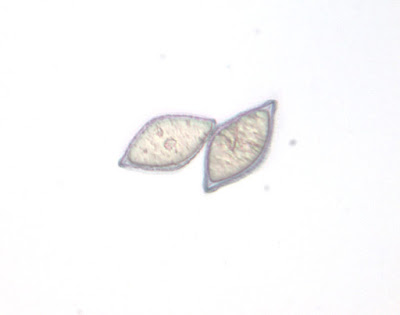 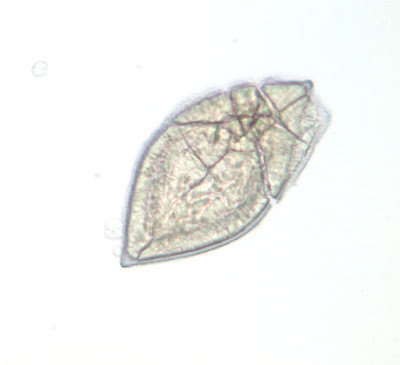 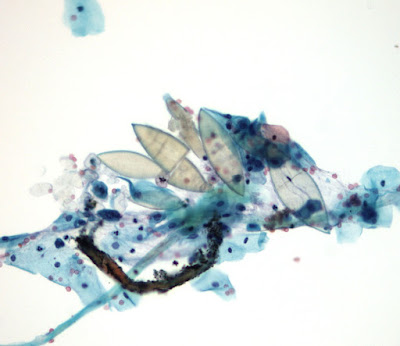 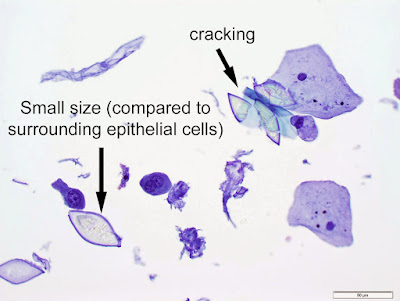 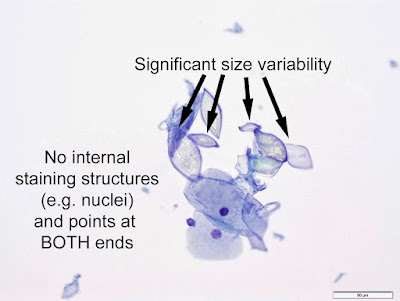 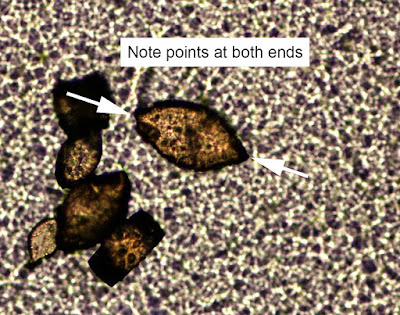 Posted by ParasiteGal at 1:16 PM