As noted by Kosta, Patrik, and Anon, this is a larval mite, as evidenced by the presence of only 6 legs. Mites are arachnids and have 8 legs in their nymphal and adult stages.

As noted by Old One in a previous post, Sarcoptes are round to ovoid when viewed from the back; when viewed from the side they are ventrally flattened and dorsally rounded (similar to a turtle). They possess short stumpy legs, and have no internal or external respiration apparatus (stigmata or tracheae). The ventral surface contains a number of chitinized plates called apodemes, the dorsal surface is partially covered by wide-angled, V-shaped-spines (>). The cuticular surface is sculptured into numerous parallel ridges which superficially resemble human finger prints, and the anus is at the posterior end of the mite (this is the characteristic used to differentiate Sarcoptes from Notoedres which has a dorsal anus and sometimes infests humans) It's dorsally-located anus makes it appear subterminal. Check out his additional comments in the comments on this case regarding Notoedres cati. This cat parasite can cause transient pruritic lesions in humans that closely resemble scabies. 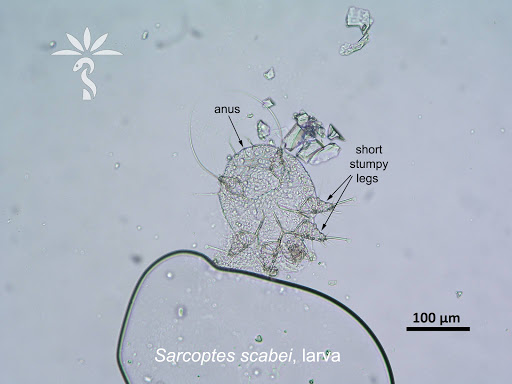 Florida Fan also notes that S. scabei fluoresce in the traditional mycology calcofluor white preparation. Here are a few photographs he donated to the blog ages ago - simply stunning! 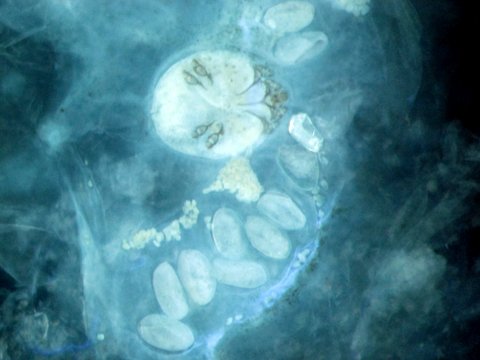 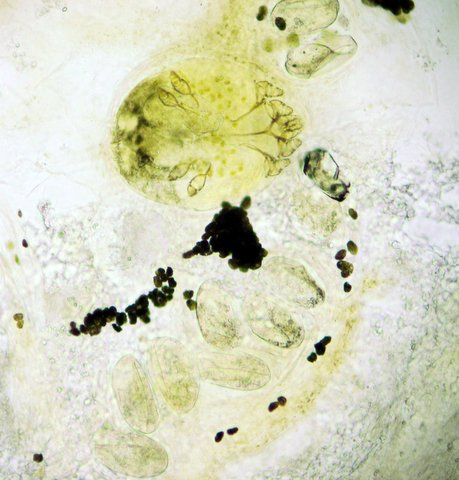 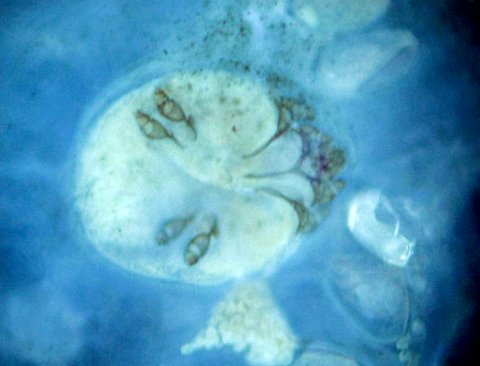 Also, check out his beautiful photographs from Parasite Case of the Week 503: Demodex folliculorum, another mite found in human skin scrapings

Posted by ParasiteGal at 6:26 PM